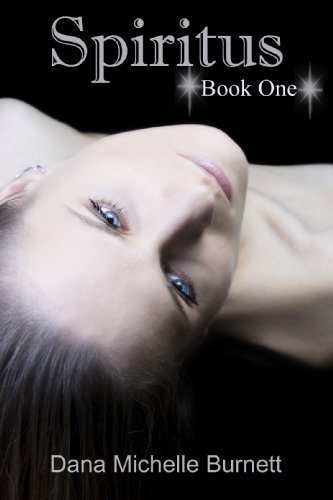 A love that refuses to die…

“As I watched him vanish into a soft mist that faded away, I knew that he was no ordinary spirit…I knew that he was a dangerous entity that could be in some corner of another realm planning his revenge, but I also knew that I was hopelessly in love with him.”

When Becca moves into her ancestral home in Corydon, Indiana, her life takes a puzzling and thrilling turn when she meets the ghost haunting the halls. As the seductive spirit lures her closer and closer, she learns about her own past and starts to understand that some mistakes are meant to last.

Becca McAllister has always been different from other girls her age. Never part of the “in crowd”, Becca never really fit in anywhere. When her mother dies and her father moves them to the small town of Corydon, Indiana, Becca didn’t expect things to change.

But things do change when Becca accidentally makes contact with a one hundred and sixty year old ghost, Alastor Sinclair, that haunts the halls of her new home.

To Becca, Alastor is a seductive spirit that seems to see straight into her soul. To Alastor, Becca is what he was waited a century for–A second chance.

But the closer they get, the more Becca realizes that this isn’t the first time she and Alastor have known each other. Worse still, is she the one responsible for his death so long ago? And if so, did he come back for love or revenge?

When Becca McAllister moves to her new home in Coydon, Indiana, her new friends talk her into having a séance.  She doesn’t realize how life changing this will be. They contacted the spirit of Alastor Sinclair. Alastor recognizes Becca. He knew her as Becca in her former life – Becca Sinclair!   Alastor keeps watching and visiting her and they both begin the rekindle old feelings.

When gorgeous Jonah, the school hottie, starts to smile Becca’s way, it only adds Becca’s confusion and flames Alastor’s jealousy.   How does a girl choose between a new flesh and blood romance and a undying love in spirit only?

Before I write anything else, I have to apologize to Ms. Burnett.  I am guilty of being judgmental.  When I was asked to review this self-published story, it sounded interesting, but since it was self-published (and of the Young Adult category), I expected it to be of lesser quality than some of the paperbacks I have received from the major publishing houses.   I have read some of the “free” books offered at B&N and although those stories were okay, there was always something lacking in the story, characters and/or dialogue which I felt explained why it was free.

In this case, I was soooo wrong!

The characters in is this book were well written, the story drew me in immediately, and I have to admit a bit of frustration on my part since I was not aware this was Book #1.  When I hit the last page, I did a little screaming and I ran to the computer to see if I could find out when Book #2 was coming out.   See my interview with Dana Michelle Burnett for that answer and more.

The feelings which come through between Becca and Alastor have me racking my brain trying to figure out how to make a ghost whole again.  They were wonderful together.    Jonas is nice and all, but so far I’m an Alastor girl.

I would say the only character lacking in this book is the Dad.  He spends more time and attention on knick-knacks for the house and none concerned that his teenaged daughter spends all of her time alone in her room and often ignores her friends.   If, unlike the reader, you are not aware that she is spending all her time with her ghost boyfriend, she  would come off as a troubled, possibly suicidal teen.   Way to pay attention Dad!

Received a copy courtesy of the author.  Thank you!

Go to Interviews and Giveaways to find out more about Dana Michelle Burnett, and enter to win an e-book copy of Spiritus. No age restrictions!!

“Why did you ever come back?”  I choked.

Alastor’s own eyes were shining with unshed tears; his lips trembled as he caressed my face.  “Oh my Becca, I have waited so long for this moment.  I would have traded my soul to hell just to touch you again and now I am selfish enough to still want more.”

I closed my eyes. I was trembling under his fingers, but savoring the feeling of his icy touch.  It was real, it was solid.  I wanted to reach out to him, to touch him in some way, but I knew that he would just disappear.

I forced myself to take one faltering step back, “Alastor, I can’t keep doing this.  It’s driving me crazy.”

Walking away, I felt the tears sliding down my cheeks.  I glanced back when I reached the door to the school, expecting to see that he had vanished, but there he was staring back at me.

I wanted to go back to him, but instead I brushed my tears away.  I opened the door and went back inside the school.  Ally and Billie were there waiting with their arms crossed.

“Someone’s been keeping a secret.”  Billie declared with a smirk.

“What to you mean?”  I stammered, trying to blink away the remaining tears.

Ally playfully shoved my shoulder, “Come on, out with it.  Who was that guy?”

Billie rolled her eyes and jerked her chin toward the door.  “That guy you were just talking to outside.”

The world lurched sickeningly to the left as I realized what she meant.

“It’s not like you two were hiding or anything.”  Ally accused, “So who is he?

Like this post? Share it with the rest of the world. --->
« Her Dark Knight by Sharon Cullen
Making Spirits Bright by F. Michaels, E. Bass, R. Noonan and N. Rossiter »

One response to “Spiritus by Dana Michelle Burnett”