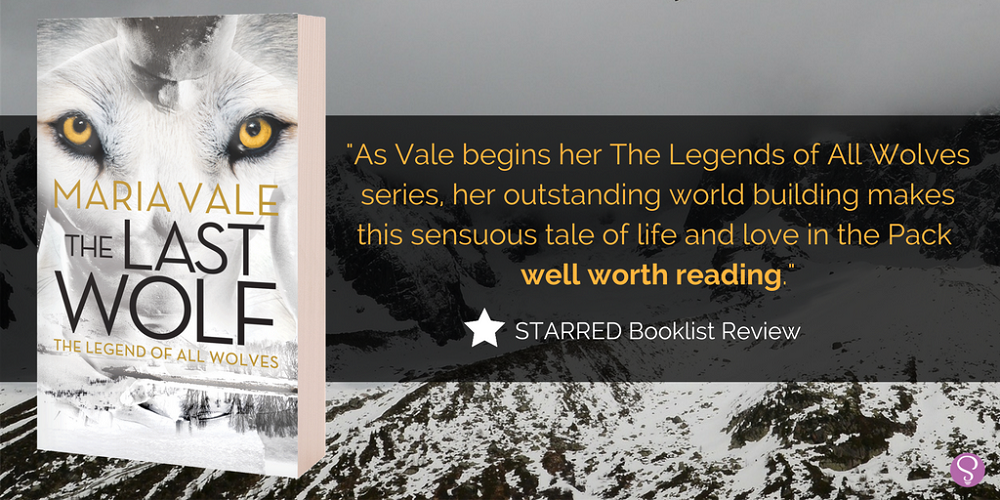 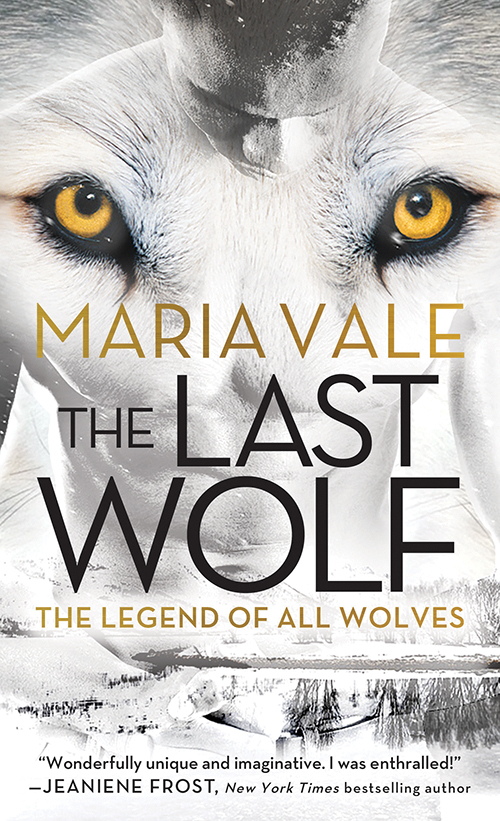 For three days out of thirty, when the moon is full and her law is iron, the Great North Pack must be wild.

If she returns to her Pack, the stranger will die.

But if she stays…

Silver Nilsdottir is at the bottom of her Pack’s social order, with little chance for a decent mate and a better life. Until the day a stranger stumbles into their territory, wounded and beaten, and Silver decides to risk everything on Tiberius Leveraux. But Tiberius isn’t all he seems, and in the fragile balance of the Pack and wild, he may tip the destiny of all wolves…

LETTER TO THE READER

There is so much vying for your attention, I’m grateful you’ve read even this far.

I know I’m asking a lot from you.

I’m asking you to take time with a new writer when there are so many great ones already out there.

I’m asking you to take a chance on a new direction in a well-loved genre, in which the wolf is not a vicious beast to be subjugated and feared, but rather the human form is a useful tool for protecting the wilder self.

In this reworking, werewolves fall into two categories: Pack, who must be wolves for three days out of every thirty—self-aware wolves, but not magic, any bullet can kill them. And Shifters, who don’t have to change and so remain human, the apex predator, rather than wolf, the maligned and despised outsider.

Still like any romance, its foundation is in the growing love between two characters: the worldly half-Shifter Tiberius who hates the wolf inside him as bestial and monstrous. And the unworldly Silver, who is fully Pack and believes her wild self to be sacred.

Silver is a runt with a displaced hip when she is a wolf and in a society that determines position by fighting wild, this means she is at the bottom of the hierarchy—the last wolf.  Tiberius, however, discovers real strength in her perseverance and fierceness. For her part, Silver recognizes something about him: that by denying his wild, Tiberius has sown the roots of despair.

But this is not only a love story between two people, it’s also a love story about the Great North Pack, because despite our fascination with lone wolves, it is the pack that really defines this most social of all animals.

I imagined the Great North as something beyond family or community, something tight- knit and loving and brave and frightened. And intensely vulnerable. I imagined, like most embattled societies, the pack would be very conservative, with a traditional culture, a history, a language that was part of its identity. I chose to base that culture loosely (very loosely) on the world of 9th century England, partly because I love the sound of the language of Beowulf. To me, it is gruff and beautiful and haunting, like a wolf’s howl. But also because 9th century England was a place of great insecurity. One never knew when Northmen might show up and destroy everything you loved.

It was the Great North’s first Alpha, Ælfrida, who forced her pack to change. With humans decimating the forests of England, she dragged her pack from the Old World to the vast forests of northern New York, she re-wrote laws in order to allow new wolves to join their bloodlines, she forced her wolves to leave their isolated territories, so that they could learn human ways and protect the Pack using human law.

What results is a society that is both human and decidedly not, both harsh and loving, severe and tender.  The way I imagined wolves fighting daily for their lives would be.

I have loved every minute of researching and writing these books. I can only hope that you will enjoy reading them.

The day of the first waxing crescent of fall is when all of the wolves who live on the Homelands traditionally run the perimeter and make sure that our land is properly marked before the ground freezes and damaged posts become hard to replace.

The entire Pack is wild. Barking and wagging tails, they lick each other and jump around each other, their ferocious jaws open and gentle. They chase mice through windrows, their hind legs scratching leaves into a brightly colored explosion high in the air, so that the pups can twist and turn and catch them in snapping teeth as they spiral down.

Not me. I have to pull on heavy muck boots over thick socks with jeans shoved inside. And I won’t mark our territory the way wolves are supposed to. I will mark it on an iPhone 6 Plus, crammed into the big pocket of a thick orange vest. All because Ti refuses to phase and John doesn’t like it.

“He tells himself he’s human,” John says. “But if he lies to himself, what makes you think he’s not going to lie to us?”

So because I am Ti’s schildere, I have to stay in skin too. Keep an eye on him.

“I mean, what were you thinking?” I ask as Ti fits the Outlast cap over his clipped skull. “When you came to a bunch of wolves asking for protection. That you’d just keep on being a human? Was that your grand plan?”

“I didn’t have a grand plan. What I had was a hole in my stomach, a vague set of directions to my mother’s pack, and a need to survive. I changed long enough to fight; I never thought you’d be asking me to give up my humanity.”

“No one’s asking you to give up your humanity, but if you refuse to admit what you are, it is going to rise up and bite you in the ass.”

“I know you love changing. You do it all the time. The second Sten doesn’t need your thumbs, you evaporate, and there’s nothing left but clothes hanging from a branch. I may be a crappy wolf. But you… You’re a crappy human.”

I cringe, because he’s right. I’ve never been happy in skin, but then those stupid fire fairies burrowed into my body all those days ago, and that spark has caught fire and burns so fierce that now when I walk beside him and hear his quiet, low voice or look into those gold-flecked black eyes, my tendons strain and my muscles coil and my lungs open up and my blood beats hot and fast. The only way I know how to deal with need is to run hard and far until I collapse, unable to feel anything at all.

A brindle pup barks worriedly at my feet. All of the other wolves have disappeared, fading like a whisper in the woods.

“We’re supposed to take her along. Help her learn the farther reaches of the Homelands.” Leelee scampers on ahead, leaping awkwardly over a huge downed log and sliding down the other side, her fur covered in the sooty brown decay.

Ti clears it in one stride and stands close, not helping me exactly, but I know if I falter, his big shoulder is there for me to grab on to. I make it by myself, but I appreciate his silent gesture.

Leelee watches, her head cocked to the side, as I take a running jump over one of the numerous small, mucky streams that crisscross our land. I slip down the other side, my foot sinking into a soft bruise in the moss. She yips and worries, waiting for me to pull my boot out with a dull sucking sound.

I lift her up and give her an open-jawed kiss on her ear, but she sees a squirrel and won’t stop squirming until I set her down.

“No farther than the Stones, Leelee.”

When we finally catch up, she’s clambering over the variously sized rocks that form rough circles around the ancient central stones. Over the years, the circle has encroached farther and farther into the forest, surrounding the trees.

Leelee marks one of the stones.

“It’s, um…the Gemyndstow? The memory place? But we just call it the Stones.”

“Graveyards are for bodies, aren’t they?”

“So, no. Coyotes eat our dead. That’s why we call them wulfbyrgenna. Wolf tombs. The stones are only for wolf names and the date of their last hunt so that we can remember.”

When Ti crouches down and looks at one near the front, Leelee runs up to him and looks too, trying to figure out why it is so interesting.

As soon as he stands, she marks that one too.

An ill-advised squirrel runs across the outer rim of the Stones, and Leelee turns quickly to run after it, the wind tickling her fur and the scent in her nose. I know that feeling of taking it all in—moldering pine needles, owl pellets, borer beetle, tree sap, two-year-old porcupine den, sassafras bush—until the scent of prey hits you right in the back of the throat and everything tenses and you chase, even if your tummy’s little and full and all you really want is for the thing, whatever it is, to escape so you don’t have to eat it, but still you can’t help but hunt.

She peels off after her squirrel, looking behind to make sure we’re watching.

The squirrel chitters at her from the safety of a maple. Ti stares, his hands fisted by his sides, as Leelee scampers and bounds and falls on her back and twists her little legs in the air, her belly dotted with leaf litter. A tiny furrow cuts through his usually impassive brow, and his mouth, while still tightly closed, turns down a little at the corners. His wild—that seductive scent of crushed bone and evergreen—radiates thicker now, and when I touch his arm, he jolts as if from a waking dream and blinks down at me, looking in this moment like a lost boy. 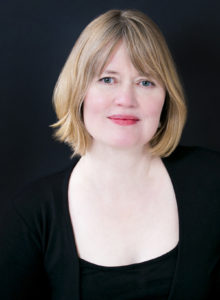 Maria Vale is a journalist who has worked for Publishers Weekly, Glamour magazine, Redbook, the Philadelphia Inquirer. She is a logophile and a bibliovore and a worrier about the world. Trained as a medievalist, she tries to shoehorn the language of Beowulf into things that don’t really need it. She currently lives in New York with her husband, two sons and a long line of dead plants. No one will let her have a pet. Visit her at https://www.mariavale.com/.

One response to “Spotlight: The Last Wolf by Maria Vale”