“As with Sparks’s previous books, a tangled plot resolves with ease after the efforts of the determined lovers and their friends. Fans of Sparks’s lighthearted romances will feel right at home here.”

“Each story in the Embraced series gets better and better! In this third installment, Sparks weaves a magical fantasy world, filled with paranormal characters that will make you nostalgic for those bedtime stories from your youth.”

“The Embraced series will not let you down! Just like in book one, there is a layered heroine and hero, and supporting characters whose lives add to the story and humor. Set in the past, the series has a decidedly fantasy slant that is easy to follow, which makes this delightfully fun to read. Readers are gifted with a well-executed read with kings, dragons and pirates.”

—RT Book Reviews on So I Married a Sorcerer

“The second in Sparks’s Embraced fantasy romance series (following How to Tame a Beast in Seven Days) is a lively tale of pirates, intrigue, sorcery, and lost heirs…the story charges along at a rapid pace, and Sparks’s characters are witty and full of life. Her latest should satisfy historical romance fans who are ready for a little magic.”

—Publishers Weekly on So I Married a Sorcerer

Kerrelyn Sparks is no stranger to the New York Times bestseller list, as her massive fan base couldn’t seem to get enough of her Love at Stake series. Sparks then introduced her extraordinary fantasy romance series, The Embraced, with How to Tame a Beast in Seven Days and So I Married a Sorcerer. Set in a medieval mythical world, the series follows a special group of people with powers born when the two moons of the world form an eclipse. Now comes the captivating third installment, EIGHT SIMPLE RULES FOR DATING A DRAGON (St. Martin’s Paperbacks; March 27, 2018), where readers meet Gwennore, our fierce and powerful new heroine.

Gwennore is an Elf able to track down the cause of an illness and heal it; a valuable asset to her people. But when she is thrust into the realm of the dragons, she discovers a haunted place of power and magic, plagued by an ancient curse. And then she meets the smoldering General Silas Dravenko. She’s been raised never to trust a dragon, but never did making a deal with the devil feel so good…

Silas has no way of saving the royal family he’s served for years. But when a beautiful elf comes bursting into his world, Silas is awakened to desire in a way he’s never felt before. But can he trust a sworn enemy?

Filled with romance, adventure, and a vividly imagined new world, EIGHT SIMPLE RULES FOR DATING A DRAGON is a fantasy in the vein of Game of Thrones with all the fun of The Princess Bride. Audiences will become enthralled with Gwennore in a world where passion, fantasy, and royal intrigue collide. Return to the most exciting, magical and romantic series to come along in years in the stunning world of the Embraced!

As the three men came to a stop, Gwennore noted that the ladies-in-waiting were curtsying, so she did, too.

“At ease,” the gorgeous man in the middle said.

Freya rushed to his side. “Silas, you arrived just in time. I’ve discovered an assassin.” She pointed at Gwennore. “You should arrest her!”

Gwennore popped up from her curtsy, ready to defend herself. But before she could say anything, the general had enveloped the queen’s hand in his own and turned her away.

“Your Majesty.” He flashed a smile that caused a few of the ladies to stumble as they rose from their curtsies. “I came as quickly as I could after hearing the news. May I congratulate you on the birth of your daughter?”

“Why, yes.” Freya blushed. “Thank you. I was in labor a dreadfully long time, you know.”

“Yes, so I hear.” He patted her hand. “But thank the Light, you and the babe are doing remarkably well.”

What nonsense was this? The gorgeous general was acting like the others—playing along with the queen’s delusion. Gwennore drew in a deep breath to voice her objection, but the general shot her a warning look with his sharp green eyes.

When she lifted her eyebrows as if to question him, he inclined his head ever so slightly. He’s asking me to trust him. It was as clear as if he had spoken. For a moment she wondered if she was experiencing a mental connection with him like she had with Puff.

Don’t jump to conclusions, she chided herself. She was only hoping for a connection because he was the most handsome man she’d ever met.

Something flared in his eyes, a spark of gold in the emerald green, and her knees grew weak. Good goddesses, was she about to swoon like these other silly women? She needed to be stronger than this.

“Thank you, Silas,” Freya said, drawing his attention back to her. “Doesn’t the baby look just like her father?” “Yes, indeed.” The general glanced at Eviana, who was still clinging to Gwennore’s legs. “And to mark the occa- sion, I have brought you a gift.” He motioned to Gwennore. “A nanny. As you can see, the princess has already developed a special fondness for her.”

“Of course.” He gave Gwennore a wry look as if he was daring her to contradict him. “She’s a noblewoman I captured some time ago in battle, but since then, she’s learned our language and proven herself quite useful.”

So General Gorgeous had no problem spinning lies or manipulating a madwoman. Gwennore snorted. But since she was in danger of being imprisoned and even executed, she was not in any position to reject his solution.

Even so, she wondered if she could actually trust him. As the general of the Norveshki army, wouldn’t he see her as an enemy?

“We dare not trust an elf,” Freya muttered. “She could be a spy. Or an assassin.”

“We can trust her,” the general insisted. “Lady Gwennore cares deeply for the princess. Enough to risk her life for her.”

Gwennore’s heart lurched into a fast pace. He knew her name? And what she’d done? Puff must have told him everything that had happened. That meant General Gor- geous could hear dragon voices, too. It made sense, she figured, since his job would require him to communicate with dragons. But did that mean he had ordered the first dragon to kidnap Eviana? Or perhaps, he had ordered Puff to try to stop the kidnapping. Which side was he on?

“But elves are such violent creatures,” Freya whined.

“They are fierce warriors, that is true,” the general agreed. “That is why Lady Gwennore will make an excellent nanny. No one will protect your daughter as well as she.”

“Well . . .” Freya looked confused. Her hands fluttered around her chest, causing the rubies to sparkle in the after- noon sun. “I suppose we can give her a try.”

“Excellent.” He turned toward Karlan. “You and your men may return to your posts.”

Gwennore exhaled with relief. She wasn’t going to the dungeon. And as the official nanny, she could remain close to Eviana.

“And remember.” The general stepped closer to Karlan and added softly, “Lady Gwennore is my guest. She will be treated with respect.”

“Yes, my lord.” Karlan motioned for his men to follow him back to the main gatehouse.

With Gwennore’s superior hearing, she’d heard the general’s whisper. He had to be on her side. For one thing, he kept referring to her as a lady. The status of noble- woman would shield her from any physical abuse during her stay here in Draven Castle.

So, most probably, she had two allies in Norveshka—Puff and General Gorgeous. She could only hope they would both prove to be trustworthy and honorable.

The general turned to the nearest lady-in-waiting. “Your name, please?”

The woman stumbled back a step. “O-Olenka, my lord general.”

“Lady Olenka, would you please escort Lady Gwennore and the princess to the nursery? And make sure they are well taken care of.”

“I’ll drop by to check on you later.” The general shot a pointed look at Gwennore. “Till then.”

Gwennore inclined her head, understanding he intended to have a talk with her. That was fine. She needed to talk to him, too.

“Oh, everything will be perfect, my lord general! You can trust me.” Olenka motioned for Gwennore to follow her. “Come along now.”

Gwennore lifted Eviana in her arms and walked toward Lady Olenka. As she passed the queen, she bowed her head. “Good day, Your Majesty.”

Freya narrowed her eyes. “If anything happens to my daughter, I’ll have your head. I will not lose another child!”

Another child? How many had the queen lost? “I will protect her with my life,” Gwennore told her, then followed Lady Olenka toward the northwestern tower. 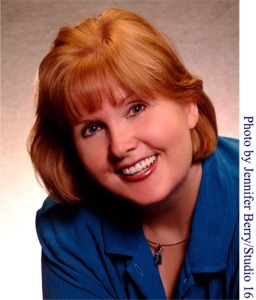 2 responses to “Spotlight: Eight Simple Rules for Dating a Dragon by Kerrelyn Sparks”