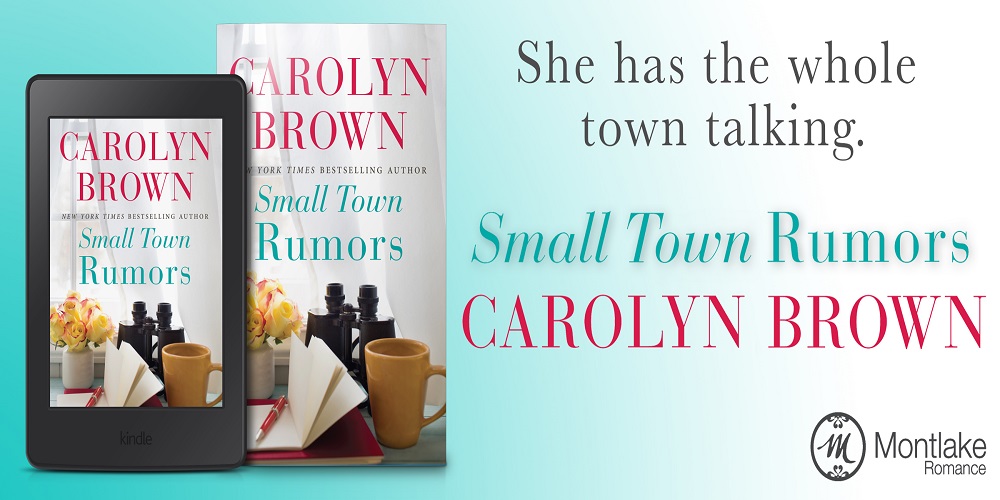 Welcome to Bloom, Texas, where the gossip is hotter’n than the peppers in Rick’s garden. Bloom is located just north of Sweetwater where the land is so flat that you can see all the way to where the earth curves. Well, maybe not that far but it goes out there for miles until it finally meets the sky. It always reminds me of a child’s drawing. He/she makes a line on their paper. Above it is sky with fluffy clouds. Below it is grass with wild flowers. The streets are wide and the bus comes through on the way to Sweetwater once a day.

If you want to hear the local gossip, just stop by the Main Street Café. You’ll love the burger baskets and sweet tea, but if you listen closely, you can learn who didn’t come to church on Sunday and why, who died, who had a baby and whether or not she was married. The list goes on and on, so don’t bypass the café as you wander up and down Main Street. Oh, and ask Elaine, the owner, to fix you up with a large sweet tea to go when you leave.

A couple of doors down, you’ll see a used book store. Go right on in and Amos will tell you the whole history of Bloom. If you have a seat on the sofa inside the front door, he’ll entertain you until all that sweet tea is gone with stories about the folks in town. Don’t be shy, now. He loves company.

As a stranger, you probably won’t be invited to one of the Sweetwater Belle’s club meetings, but even their exclusive meetings aren’t so secret in Bloom. After all everyone knows everything about everyone. They know what they did with whom, where it happened and what time they got home afterwards. Then they read The Bloom Daily News to see who got caught!

After all, gossip is the life blood of the community. It’s what drives the people to get out in the blistering hot sun and go to town. It’s what sets the phone lines to smoking, and why there’s more than one cell tower pretty close to the town.

There were, have been, are will be many scandals in Bloom. But five come to mind. First is the fact that Jennie Sue’s dad has been having affairs for years and every year the mistress gets younger and younger. He has his reasons but Jennie Sue doesn’t know them until she comes home. Second would be the fact that she arrives in town, right there on Main Street on a bus. Not in a rented car from an airport. Not even in her own little fancy sports vehicle, but a bus! That alone will put a strain on the phone company. Third is that she intends to be independent and since her father won’t give her a job in the oil company, she agrees to clean houses for two elderly sisters, Lettie and Nadine, who are the biggest gossips in Bloom, Texas. Fourth is that she’s seen with Rick, a local farmer, and even worse that she’s working on his farm for no money but for vegetables as pay. And number five that she has a baby buried in an unmarked grave at the Bloom cemetery. Now when that last one hits the gossip vine, it really will be hotter’n the peppers in Rick’s garden! 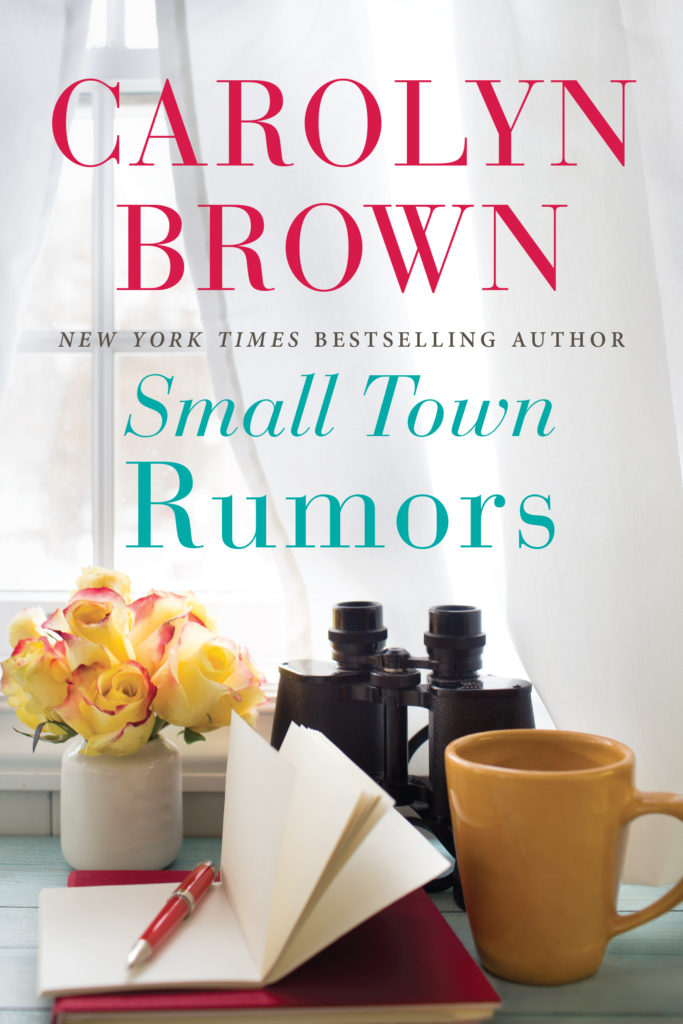 Everyone is talking about Jennie Sue Baker and the mess she made of her life in New York. The former high school queen bee—and wealthy darling of Bloom, Texas—has returned home after all these years, riding on a common bus and bearing two bounced alimony checks. In a town that thrives on gossip, Jennie’s fall from grace has shamed her mother, set the town buzzing, and caused old, jealous enemies to whisper in delight. They say she’s taken a job as a housekeeper, gotten a garage apartment, and might be crushing on Rick Lawson, a simple farmer with modest dreams.

As romance starts to bud, Jennie relishes what it means to follow her heart, find real new friends, and finally be herself—regardless of all the lying town chatter. But fate has another twist in store. Rumor has it that Jennie now stands to lose what matters most . . . unless she can convince Rick of one true thing—and that’s love.

“Well, well, well! Are you leaving us already? You only got here yesterday.” Lettie shoved the suitcase over and sat down across the table from Jennie Sue. Short, as round as Mabel, and sporting a kinky hairdo that had gone out of style years ago, Lettie hadn’t changed since Jennie Sue was a little girl.

“Yes, ma’am,” Jennie Sue answered. “How have you been, Miz Lettie?”

“Elaine, I’ll have a big stack of pancakes and two orders of bacon,” Lettie called out across the café.

“Got it,” Elaine yelled.

“So where are you going?” Lettie turned back to Jennie Sue.

“To find a job,” she answered.

“What kind of skills and experience do you have?”

Elaine crossed the floor and set Jennie Sue’s breakfast in front of her. “Millie will bring out your order shortly, Miz Lettie.”

“No rush. Just send me a cup of coffee, and I’ll be happy until it gets here.” Lettie waved her away with a flick of the wrist and turned back to Jennie Sue. “Now, you were about to tell me about your work experience.”

Jennie Sue picked up the saltshaker and applied an unhealthy dose to her eggs. “I have no experience, but I do have a business degree. The only thing I’m good at is keeping a clean house and organizing fund-raisers and parties.”

“Hmm.” Lettie pursed her lips. “So why didn’t you have a housekeeper up there in New York?”

“Percy was never pleased with the way they cleaned.”

“Been divorced for over a year.”

“Oh, really?” Lettie cocked her head to one side.

“Me and my sister, Nadine, lost our housekeeper a couple of weeks ago. The lady that worked for us cleaned for me on Friday and Nadine on Thursday. You interested?”

Charlotte would probably go into cardiac arrest if Jennie Sue became nothing more than a maid for her archenemies. But hey, it was a job, and Jennie Sue damn sure knew how to clean a house so well that it would pass judgment in the courts of heaven.

“I might be interested if you could point me in the direction of an apartment or a rental house of some kind that wouldn’t be too expensive,” Jennie Sue answered.

“I got an apartment over my garage. It’s pretty small, but it’ll work for a single person. I’d be willing to rent it to you furnished. You’ll clean for me on Friday each week, but the last week in the month, you won’t get paid. That’ll be your rent,” Lettie said.

Jennie Sue could imagine Charlotte throwing whatever she could get her hands on at the wall when one of the Belles called her with that bit of news. Even if she was angry with her mother over trying to mold her into another Wilshire woman, she couldn’t do that to her mother—or could she? How else would she be independent?

She picked up a piece of crisp bacon with her fingers and took a bite while she thought about the offer. It was a job that she could do. It was a place for her to live. She didn’t have to live in a shelter or sleep on a park bench. However, her mother would never speak to her again, and the rumors would be so hot that they might burn down the whole town of Bloom. 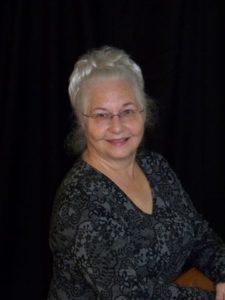 Carolyn Brown is a New York Times, USA Today, Publishers Weekly, and Wall Street Journal bestselling author and a RITA finalist with more than ninety published books, which include women’s fiction and historical, contemporary, and cowboys-and-country-music romance. She and her husband live in the small town of Davis, Oklahoma—where everyone knows everyone else and knows what they’re doing and when—and they read the local newspaper on Wednesday to see who got caught. They have three grown children and enough grandchildren to keep them young.

Like this post? Share it with the rest of the world. --->
« Friday Giveaway: Bad for You by J. Daniels
Audiobook Review: Good Witch Hunting by Dakota Cassidy »