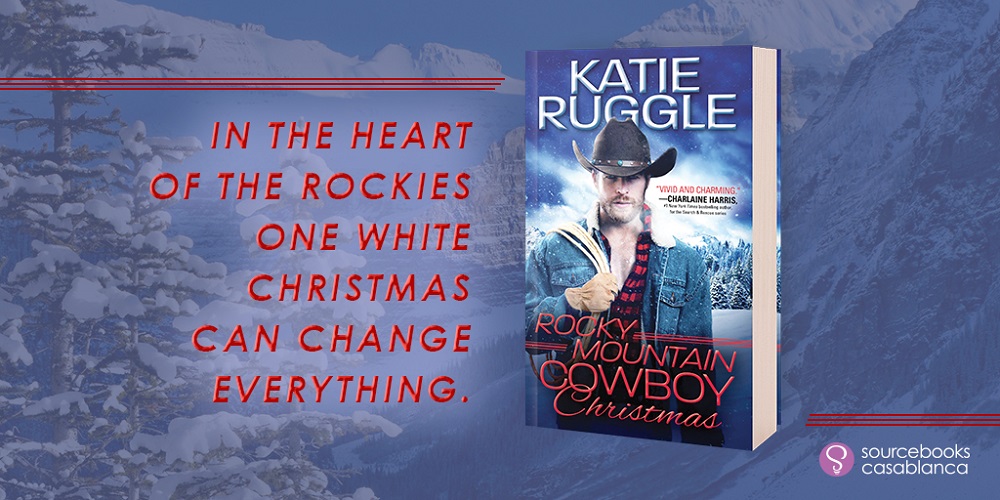 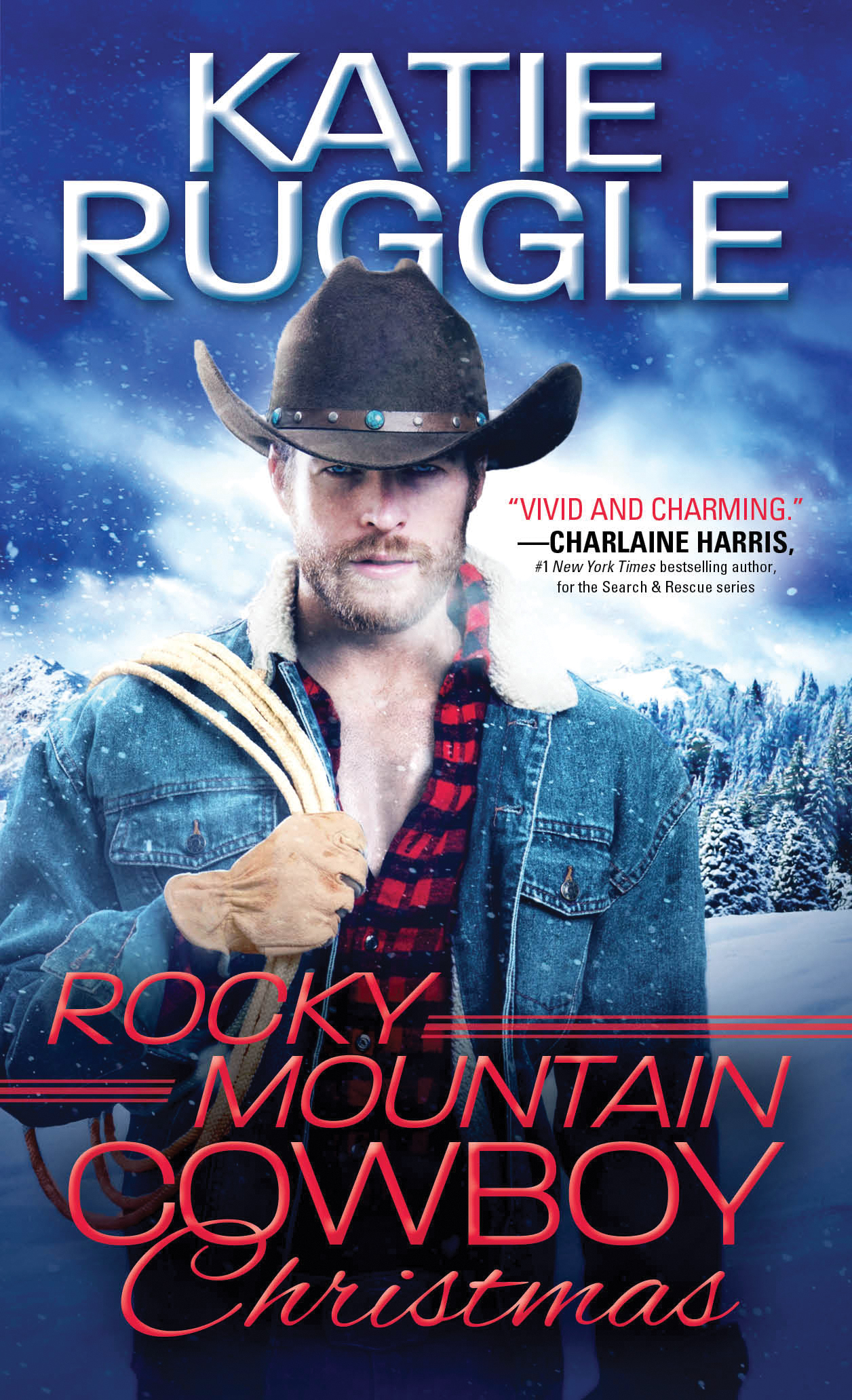 In the heart of the Rockies

One white Christmas can change everything.

When firefighter and single dad Steve Springfield moved his four kids to a Colorado Christmas tree ranch, he intended for it to be a safe haven. But he never expected danger to follow them to his childhood home…

Or that he would come face-to-face with the one girl he could never forget.

Folk artist Camille Brandt lives a quiet life. As the town’s resident eccentric, she’s used to being lonely—until Steve freaking Springfield changes everything. Brave and kind, he’s always had a piece of her heart, and it doesn’t take long before she’s in danger of falling for him again. But as mysterious fires break out across the sleepy Colorado town, Steve and Camille will have to fight if they want their happy family to survive until Christmas…

Stuffing her new stocking hat and mittens into one of the coat pockets, she tried to smooth her hair, but she knew it was hopeless. Glancing at Will, she saw he was smirking as he pulled on his coat.

“I know.” She flattened her hands on either side of her head, trying to hide as much of her hair as possible. “I broke the cardinal rule: once the hat goes on, it has to stay on for the rest of the day.”

“Nah, it’s fine. Take out your ponytail.” A little warily, she tugged off the hair band, not sure where he was going with this. “Bend over so your head’s upside down, and shake it out.”

Now she really thought he had to be messing with her.

“Hurry up,” he urged. “Dad’s having to ring things up and wrap, and he’s horrible at wrapping. If he had his way, he’d roll everything up in newspaper, slap some duct tape on it, and throw it into a plastic garbage bag.”

She did what Will said, amused despite herself by the silliness of it all.

“Okay, stand up and flip your hair back.”

Her hair flip was only semisuccessful, so curly strands hung in her face. She shoved them out of her eyes and looked at Will expectantly.

“Nice, just…” He reached toward her head and then paused. “If it’s okay?”

After he quickly adjusted a few strands, he stepped back and eyed the end result before giving a satisfied nod. “Check it out.”

Glancing at her reflection in the small window, she frowned. It was hard to see much, since the sun was shining outside, but from what she could tell, it looked a little…wild. “It’s not too…” She blew out her cheeks and flicked her fingers in an explosive gesture.

“Nope.” He grinned at her before dashing out of the office. “It’s perfect.”

She hesitated for a few seconds before deciding to trust Will. Leaving the office, she slipped behind the counter, taking the spot next to Steve, who was in the middle of wrapping a fat candle, his face screwed up in a mixture of frustration, concentration, and panic.

A laugh bubbled out of her. “Will wasn’t kidding,” she said, taking the candle and fifty sheets of tissue paper he seemed to think he needed to wrap it in. “You’re really bad at this.”

“I am,” Steve readily agreed. With his attention no longer fixed on the candle, he looked at her, smiling. His expression froze, his eyes widening.

“What?” she whispered. Now she was the panicked one. With her hands busy wrapping up the candle, she couldn’t even pat her hair to see what was wrong. Had Will been messing with her after all?

“Oh. Uh…nothing. Just your hair. It…uh, looks nice.” He finally yanked his attention off her and turned back to the register, but Camille was not convinced, especially since his face was brick red, and he seemed to be having issues hitting the right button on the register screen.

“It’s horrible, isn’t it?” She tucked the candle into the gift bag, forcing a smile for the woman who’d just purchased it. She, at least, didn’t seem horrified by the mess on Camille’s head. “Will talked me into it, and the window in the office is a terrible mirror. You’re going to have to help me think of a good way to get him back. No! I’ll ask Maya and Zoe. They’ll know what to do, and they’ll help me pull it off. They’re awesome like that. Where’d Maya go?” She spotted the girl on the other side of the store, helping a mom with young children pick out a tree stand. “As soon as she makes her way back over here, I’m going to ask her to brainstorm revenge strategies.”

By the time she finished rambling, Steve’s face had almost returned to its normal color, and he looked like he was holding back a laugh. “First of all, please don’t ask Maya or Zoe to help plan your revenge, since they’ll come up with something much more creative and excessive than necessary, like an ejector seat in his new car or a trapdoor in front of the toilet or something that explodes.”

Camille thought that two out of three of those ideas sounded genius, but she stayed silent as Steve handed her a small wreath to bag.

“That’ll be thirty-one forty-four. Thank you. Second, Will didn’t do anything wrong. I’ve just, uh, never seen your hair down before.” He was flushing again, ears going red at the tips. “I like it.”

“Thanks. I… Thanks.” She flushed too, keeping her head down so he wouldn’t see how red her own cheeks had gotten. Emotions churned in her chest—excitement and gratitude and nervousness, the usual combination she felt when she was around Steve. Her thanks seemed to hang in the air, feeling incomplete, so she blurted out, “I like yours, too.” When he gave her a sideways look and offered a dry thanks, she became even more flustered. “Your face, too. It’s nice.” She waved a hand, indicating his whole form. “There aren’t any not-nice parts of you, in fact. You’re pretty much nice all over.” She had to stop saying nice. In fact, she had to stop talking, period, but there seemed to be a delay between her thoughts and her mouth, because words were still pouring out of her. “So, basically, I like all of you. A lot. A whole lot. A whole, whole—”

She closed her mouth and pressed her lips together.

He cleared his throat. “Thank you?”

Camille instinctively opened her mouth to say “You’re welcome,” then decided not to risk speaking again, just in case. Instead, she gave a wordless grunt and focused on wrapping. 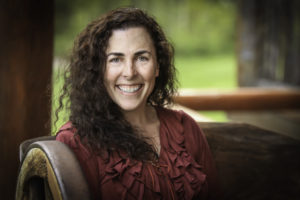 A fan of the old adage “write what you know”, Katie Ruggle lived in an off-grid, solar- and wind-powered house in the Rocky Mountains until her family lured her back to Minnesota. When she’s not writing, Katie rides horses, trains her three dogs, cross-country skis (badly) and travels to warm places where she can scuba dive. A graduate of the Police Academy, Katie received her ice-rescue certification and can attest that the reservoirs in the Colorado mountains really are that cold. A fan of anything that makes her feel like a bad-ass, she has trained in Krav Maga, boxing and gymnastics. You can connect with Katie at http://katieruggle.com/, https://www.facebook.com/katieruggleb…, or on Twitter @KatieRuggle