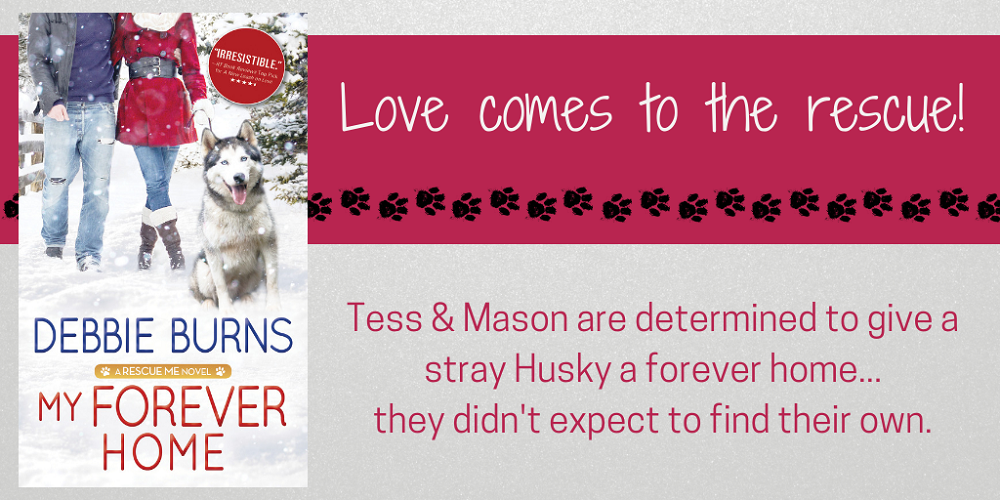 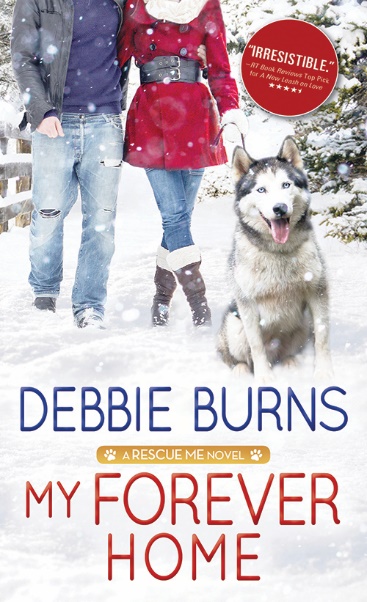 Love comes to the rescue.

Vet school drop-out Tess Grasso dreams of having her own pet therapy business, but she meets one disastrous obstacle after another. There’s no denying she has a way with animals, so in the meantime she puts her skills to use at a local no-kill shelter. Between helping her furry companions and a budding relationship with fellow dog lover Mason Redding, Tess begins to find fresh confidence…

What Tess doesn’t know is that Mason is recovering from an accident, hoping to get back to his pro-baseball career. He’s afraid the truth will ruin everything—and he’s right. But in the midst of hurt and betrayal, a free-spirited stray Husky enters their lives, and teaches them a few things about faith, love and forgiveness.

“So, were you heading out of town or are you just getting back?” he asked as he turned the truck down a narrow alley. He was really hoping the thief had dumped Tess’s stolen suitcase and backpack in one of these Dumpsters.

“That’s a good question considering what we’re on the hunt for,” Tess said. “Neither, really. I got back from Europe about a month ago. I’m staying put in St. Louis for a bit. I was on a sales call.”

Mason parked the truck at a row of three Dumpsters, two trash and one recycling. “Europe, huh? I’ve never been, but I’m taking my parents in January.” He slipped the truck into Park and switched his wipers to low. “You can stay here if you’d like. I’ll call you if I see anything.”

Tess unbuckled her seat belt. “Thanks, but they’re my bags. I’ll Dumpster dive.”

They headed out into the drizzling rain together. Mason picked what seemed like a clean spot on the closest Dumpster’s lid and lifted it. It was cleaner inside than he’d imagined and a quarter full of tied bags of trash, a computer monitor, and a silk plant that showed more dust than green foliage.

Tess moved to the adjacent Dumpster with him. She stepped close enough to him as she peeked inside that he caught a whiff of her scent—soft, sweet, and subtle. It mixed with the stink of the Dumpsters, confusing his nostrils.

When the third Dumpster, the recycling bin, proved empty as well, they climbed back into the truck and Mason continued cruising through the streets and alleys around the park. On the fifth stop, they surprised a dog who’d been hanging out behind a Dumpster that was out of the rain under a roof overhang. Mason was only a bit surprised to see that it was John Ronald.

The magnificent animal dashed away to about the distance between home plate and second base, then turned and stood in the rain, watching them with pricked-at-attention ears. Mason whistled loudly. The dog, which Mason guessed was mostly husky mixed with something big and long-legged, responded with a single wag of his tail.

Tess looked from Mason to the dog, and back to Mason. “He’s watching you like he knows you, that’s for sure.”

Mason wished he’d thought to bring some treats in the likely event they’d run into John Ronald on this Dumpster prowl. He whistled again. After a few seconds, probably determining that Mason was empty-handed, the dog turned and trotted away, his long legs making fast tracks.

“Not today, huh, John Ronald,” Mason said under his breath.

Tess was suddenly studying him intently.

He shrugged. “He’s a stray who hangs out near my building. We’ve had a few moments, but I haven’t been able to get close enough to catch him. If I ever do, I intend to keep him.”

Her mouth opened a fraction of an inch, calling Mason’s attention to the fullness of her lips a second time.

“And why John Ronald?”

Judging by the incredulous look that had spread across her face, Mason’s best guess was he’d done something either impossibly wrong or impossibly right. He just didn’t know which.

Hoping it was the second, he opted for the truth, letting it fall out in a display of rare vulnerability.

“The first night I saw him, I was up in my loft. It was six or seven months ago—early spring, I guess—and the moon was full. I told you, I’m on the sixth floor. I have a decent view of the street below my loft. After I spotted him, I stepped out on my balcony. The white patches on his body and above his eyes stood out in the moonlight, and I could have sworn that he was looking up at me. I was afraid if I went downstairs and outside, I’d scare him off, so I dropped him hot dogs from my balcony, and he ate them. He even caught a few before they hit the ground.

“When I ran out of them, I headed down as fast as I could. I think he knew I was coming. He was already at the end of the block, but he was looking my way like he was waiting but needed the distance to feel safe. He watched me for a while, but then he turned and left like he did just now.”

Mason shrugged, thinking of all the interactions he and the dog had had since that first night. He’d been doing his best to catch the stray, but hadn’t had any luck. “I leave him food on the street under my balcony. Sometimes he leaves me things too. Odd things. A dead crow once, but also trash. I know it’s him, because one time I spotted him carrying a hat. By the time I got downstairs, he was gone. The hat was waiting for me by the building door.”

Fresh tears blossomed out of nowhere, brimming on Tess’s lower lids. She blinked them away without shedding them. “But why John Ronald?”

She dropped his gaze so quickly that Mason knew she’d gotten the confirmation she’d been looking for. “Not all those who wander are lost.” It was such a quiet whisper on her lips that Mason almost wasn’t sure he’d heard it. It was said so softly that he suspected it wasn’t even meant for his ears.

She shook her head as if she’d just heard something she didn’t quite believe. He was about to ask for clarification when she abruptly returned to the truck.

Mason climbed in after her, wondering if perhaps the universe had just shifted for him a second time in a month, only this time much less painfully so.

Debbie Burns’ writing commendations include a Starred Review from Publishers Weekly and a Top Pick from RT Book Reviews for A New Leash on Love, as well as first-place awards for short stories, flash fiction, and longer selections. Her hobbies include hiking, gardening, and daydreaming, which, of course, always leads to new story ideas. She lives in St. Louis with her family, two phenomenal rescue dogs, and a somewhat tetchy Maine coon cat who everyone loves anyway.