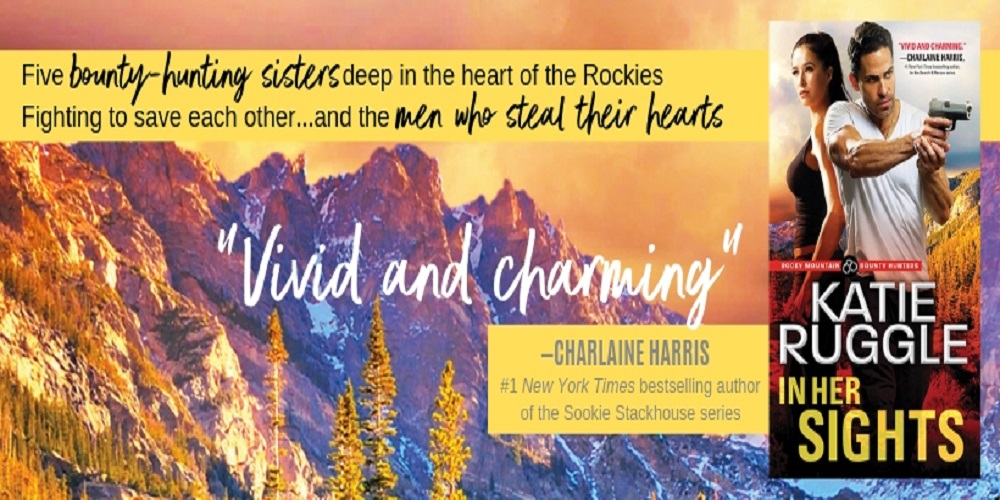 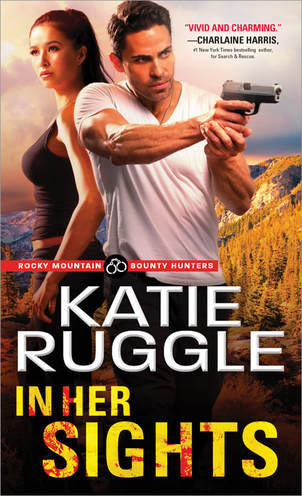 Bounty hunter Molly Pax fought hard for everything she has, turning the bail recovery business she shares with her sisters into an unqualified success. So when their sticky-fingered mother jumps bail and puts the childhood home up as collateral, Molly’s horrified. To make matters worse, every two-bit criminal in the Rockies now sees her family’s misfortune as their next big break.

Enter rival bounty hunter John Carmondy: six feet of pure trouble, with a cocky grin to match. John’s the most cheerfully, annoyingly gorgeous frenemy Molly’s ever had the pleasure of defeating…and he may be her only hope of making it out of this mess alive.

What People Are Saying:

“I love Ruggle’s characters. They’re sharply drawn, and vividly alive. I’m happy when they find each other. These are wonderful escapist books.”—CHARLAINE HARRIS, #1 New York Times Bestselling author of the Sookie Stackhouse series

“Chills and thrills and a sexy slow-burning romance from a terrific new voice.”—D.D. AYRES, author of the K-9 Rescue Series for Hold Your Breath

“All the way down the hall,” she answered automatically, her brain caught up in the overwhelming proximity of him. “Last door on the left. Why do you smell like bubble gum?”

“I do not smell like bubble gum. I’m not a sticky six-year-old.”

Suddenly realizing the ridiculousness of their argument, she shifted back and mentally changed gears. “Fine. You don’t smell like bubble gum, even though you really do. Hurry up in the bathroom. As soon as you’re done, I want to take a shower. Dutch’s and that empty warehouse left a film of grossness on me.”

He scowled at her, looking like he was dying to continue their discussion, but he clamped his mouth closed with a tight nod and moved to the door instead. At the last second before he disappeared down the hall, he turned back toward her. “Leave those sheets on,” he said, a trace of his usual smirk back in place.

He waited, so she held her hands up in the universal I won’t do anything gesture. “Fine. If you want to sleep in my stink, I’m not going to stop you.”

“I do.” He gave her a wink—which should’ve looked stupid, but because it was John, turned out stupid hot instead—and headed to the bathroom.

As soon as he was out of sight, Molly let out a deep breath and started to sink down onto Felicity’s bed. The squishy mattress called to her, tempting her to lie down and close her eyes, just for a moment. With a groan, she forced herself to stand again. Once she was down, she’d be out like a light, and she’d been telling the truth about needing to wash off this terrible night.

She headed out into the hall, figuring that she might as well check on Norah while she was attempting to stay awake. Cracking her sister’s door, she saw that her room was lit by dim blue light from her sister’s computer screen. Molly knocked softly, pushing open the door the rest of the way when Norah made a quiet sound that she took as an invitation to enter. Norah was sitting on her narrow bed, her legs curled underneath her and her laptop open. The rest of her bed was taken up by a snoring Warrant. Norah’s face was bathed in the bluish light from the screen, making her look even paler than usual. Even though Molly knew it was just an illusion, she still couldn’t stand to see her sister look so sickly. It reminded her too vividly of the many emergency-room visits when they were younger and Norah’s asthma wasn’t controlled. Molly flicked on the floor lamp to its lowest setting, bathing the tiny room with warm yellow light, and Norah instantly looked healthier.

“I know we need to find Mom as soon as possible,” Molly said, leaning on the dresser. She was tempted to plop down on the bed next to her sister, but she knew it’d be just as easy to fall asleep here as it would be in Felicity’s bed. Besides, the thought of waking Warrant and getting him to move was too much effort at the moment. “That doesn’t mean you can’t take a few hours off to sleep.”

“I get it. Find out anything interesting?”

“Maybe.” Norah’s voice was hesitant, cautious as always, and Molly knew not to push. Her sister never liked to share information until after she’d confirmed and reconfirmed her facts.

That caught Norah’s attention. “He is? With you?”

“Uh…no.” She hated that she’d hesitated on her answer, but the mental image that had sprung up in her head had been very distracting—and, despite knowing it was a bad idea, very tempting. “We had to slip away after Dutch’s exploded.”

“Exploded?” Norah stared at her, eyes wide, her ignored laptop tilting to the side.

“No one was hurt.” After pausing, Molly corrected herself. “I’m pretty sure no one was hurt. We were out of the building at that point. You might want to add getting the police and fire department reports to your to-do list, though.”

“Okay. You’re not hurt? What about John?”

“I’m fine. John’s a little banged up, but I did a beautifully executed dive roll. You should’ve seen it.” Now that the sense of urgency and danger had faded, she wished that move had been recorded.

Norah’s small smile disappeared a moment after it touched her lips. “You need to be careful, especially when you’re dealing with Sonny Zarver.”

“I know, and I will.” Molly made the words a solemn promise.

From Norah’s nod, she understood and accepted it as such.

“Don’t forget to sleep.” Straightening from her leaning position, Molly turned off the light and slipped into the hall before sticking her head back in. “All the rabbit holes will still be there tomorrow, and everything will probably make more sense.”

Although Norah made a sound of agreement, it was absentminded, and her attention was completely focused on her screen again.

“Good night.” Molly pulled her sister’s door closed as she withdrew, knowing that all the well-intentioned nagging in the world wouldn’t get Norah in bed any sooner. She’d finish when she was done researching, and then she’d sleep until noon.

Turning away from Norah’s bedroom door, Molly found herself face to bare chest with John. She couldn’t stop herself from taking in the broad, muscular expanse before resolutely tipping her head back to meet his gaze. She wasn’t sure why she’d thought that looking up would be any less distracting. His beautiful face—with his mile-long dark lashes and full mouth and those tempting dimples—was just as drool-worthy as the hard planes of his chest. He, of course, noticed her looking, and his teasing grin was fully in place.

A fan of the old adage “write what you know”, Katie Ruggle lived in an off-grid, solar- and wind-powered house in the Rocky Mountains until her family lured her back to Minnesota. When she’s not writing, Katie rides horses, trains her three dogs, cross-country skis (badly) and travels to warm places where she can scuba dive. A graduate of the Police Academy, Katie received her ice-rescue certification and can attest that the reservoirs in the Colorado mountains really are that cold. A fan of anything that makes her feel like a bad-ass, she has trained in Krav Maga, boxing and gymnastics. You can connect with Katie at http://katieruggle.com/, https://www.facebook.com/katieruggleb…, or on Twitter @KatieRuggle

Like this post? Share it with the rest of the world. --->
« Friday eBook Giveaway: Wallbanger by Alice Clayton
Audiobook Review: Death and Honey by K. Hearne, C. Wendig & D. Dawson »

One response to “Spotlight: In Her Sights by Katie Ruggle”