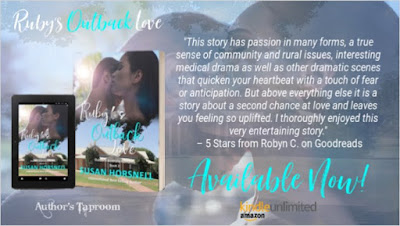 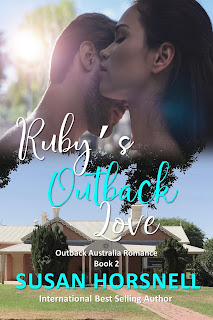 Where skies are bluer than blue, flies and Mozzies abound and wide open spaces and fresh country air regenerate the spirit.

It was this small town her heart led her back to after fifteen long years away. The place where Ruby’s heart had always belonged.

Securing a position with the Flying Doctor Service and working for a local doctor was like a dream come true – she was ready to give back to the people who had done so much to help her.

Her own home, jobs she loved, a family and friends she adored. Life was good, until…..

Phil was a man who had grown up with Ruby and he’d had his eye on her for years.

So, what caused everything to go so horribly wrong?

Will a disaster bring them together?

Or will they forever be separated by mistakes from the past?

I stood behind the fence around the oval peeking at the group of senior boys who were warming up before hitting the track for a race.
A soft groan spilled from my lips at the sight of Phil Thacker in a pair of running shorts which moulded over his arse. The man was to die for and I snatched every opportunity to drool over him.
We both attended Bourke High School, he was year twelve at  – eighteen years old. I was year ten and sixteen. My aunt and uncle hadn’t known my exact birthdate.
I’d been dumped on their doorstep in a washing basket, a threadbare blanket wrapped around my naked body. A note accompanying me from my mother had stated I was a mistake and she had better things to do with her life than raise a brat.
Aunt Mavis and Uncle Tommy, who I called mum and dad, had taken me in and raised me as one of their own. There were nine of us and I fitted in the middle  – I had three older sisters and one brother, along with four younger brothers.
Mum estimated I’d been around three months old when I’d been ‘delivered’ to them. For months, they’d attempted to find my birth mother, even enlisted the help of the police, but it was if she’d vanished into thin air.
After a while, they gave up looking for her and decided my birthday would be March 25th, three months prior to the day I’d been abandoned.
At fourteen years old, mum had helped me to legally adopt their last name of Waters.
I’d always referred to myself as Ruby Madeleine Waters and hadn’t really cared about making it legal until one of my teachers at school had advised I would need a legal name if I intended to attend university, which I did. So, we filled in a whole bunch of papers and I finished up with an official name and date of birth. It kept the government happy, I guess. 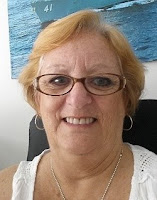 My name is Susan Horsnell and I write sweet and spicy Western Romance.

There are knock ’em down, drag ’em out fights, gruesome murders and a gun toting, cussing, female saloon owner. I also have two books which explore how a blind child would cope on a ranch in the days of the Wild West.

In every book there is a beautiful heroine and a dashingly handsome hero. Sometimes their happy endings seem unlikely but they do eventually get there.

I hope you enjoy exploring my books and look forward to hearing from you. I can be found at:

The author is giving away a digital copy of Book 1 in the Outback Australia Series, Andrew’s Outback Love, as well as the new release of Book 2, Ruby’s Outback Love to three readers! EBook’s will be sent direct to kindle, so you must have an Amazon Kindle account to receive your prize.
a Rafflecopter giveaway

Like this post? Share it with the rest of the world. --->
« Spotlight: Cowboy in Wolf’s Clothing by Kait Ballenger
Review: Andrew’s Outback Love by Susan Horsnell »

One response to “Spotlight: Ruby’s Outback Love by Susan Horsnell”