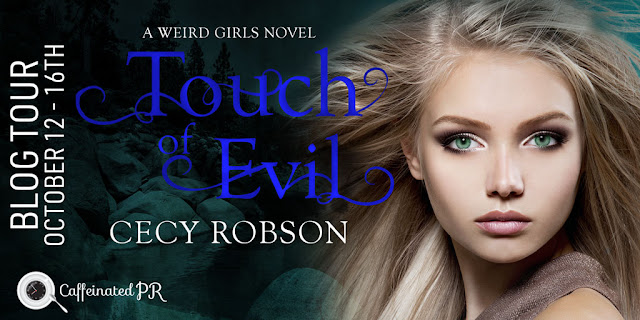 Today I am excited to share in the release of Touch of Evil, the first Touch book, and tenth novel in the Weird Girls urban fantasy series. Come check out an excerpt, grab your copy and enter the fabulous giveaway…. 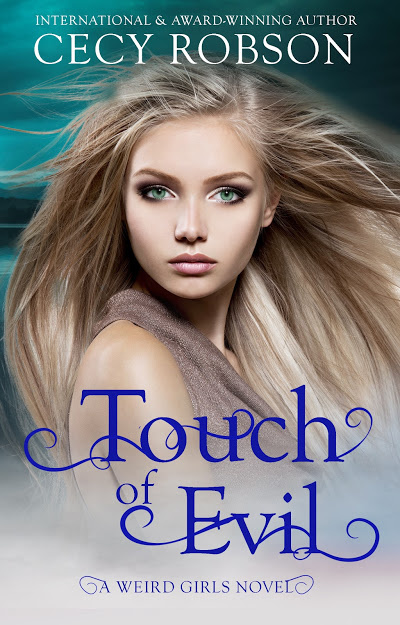 The award-winning Weird Girls urban fantasy romance series continues to blow away modern fantasy and adventure fans with heart-stopping action and romance. Centered around four unique and powerful sisters, it’s time for Emme Wird, the youngest sister, to step into the supernatural spotlight.

Emme Wird, the healer and powerful telekinetic in the Wird family, hasn’t had the best of luck with males. While her sisters have found their mates and forever loves, Emme has found males that are better left as lost. Is a decent meal with polite conversation too much to ask for? Yes, it is.

When a pack member that Emme has dinner with is discovered dead and dismembered, it is up to Emme and her werewolf friend, Bren, to solve the murder. But spine-tingling danger and touches with evil have ways of bringing close friends closer.

Could the male that Emme searches for be right in front of her? Or will evil snatch him away from her, just as it did once before? 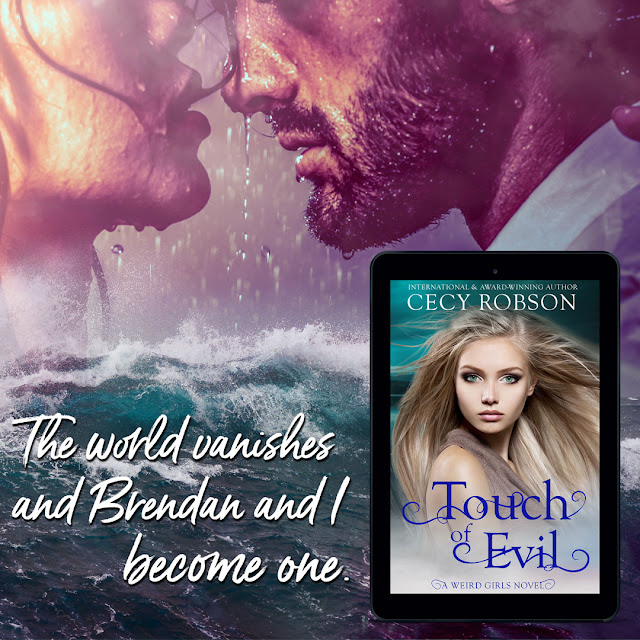 There’s a naked werewolf standing in front of me.

There’s a naked werewolf—a man who can change into a werewolf—standing naked, in human form, in front of me.

They do that a lot, change from beast to full naked glory. Typically, it’s pre and post bloody battle for the sake of the world and to protect its unsuspecting human populace. However awkward, I’m used to it.

Make that sort of used to it.

He flexes and gives a little thrust to show off what he thinks are some delectable goods and oh, my…he has three testicles.

I slap my hands over my eyes. I take it back. I take it all back. I’m not used to all this.

I’m not a rude person.

Ted is a lot bigger than me. He’s also stronger and can snap my spine without changing to his beast counterpart. I keep my hands over my eyes. As a nurse by trade, and a supernatural fighter by sheer terrible luck, I have seen things, ugly, frightening, and unexceptionally evil things, and I’ve encountered creatures so menacing mere thoughts reduce me to trembles.

I draw the line at extra testicles.

The sound of slapping and bouncing skin causes me to shrink inward. Ted seems to be putting on quite the show. Honestly, it sounds like a one-man juggling show involving best-left-covered body parts.

And humans, they wouldn’t survive me or the world my sisters and I were thrown into.

No, in order to be with me you must have something special.

And I’m not referring to what Ted is currently playing with.

My hands slip away from my face when I sense his approach.

“In my world, I’m revered for my virility,” he says to my back.

“Mm-hmm,” I reply. I pity the packmate forced to run behind him.

Ted is either referring to his obscenely large member weres are known for (“They’re built for attracting females,” my perky sister once explained) or the extra semen sack dangling halfway down his thigh. Neither impress me and neither does Ted.

I carefully step over the second of two discarded pizza boxes and make my way toward the exit.

My steps slow as I reach the door.

I turn to me left, then to my right. Something else is here.

Dread and resentment drag their long spindly fingers across my skin and hate coats my tongue.

I’m scared and on guard, and it’s not because of Ted.

Like this post? Share it with the rest of the world. --->
« Review: Touch of Evil by Cecy Robson
Audiobook Review: Shadows in Death by J.D. Robb »

3 responses to “Spotlight: Touch of Evil by Cecy Robson”