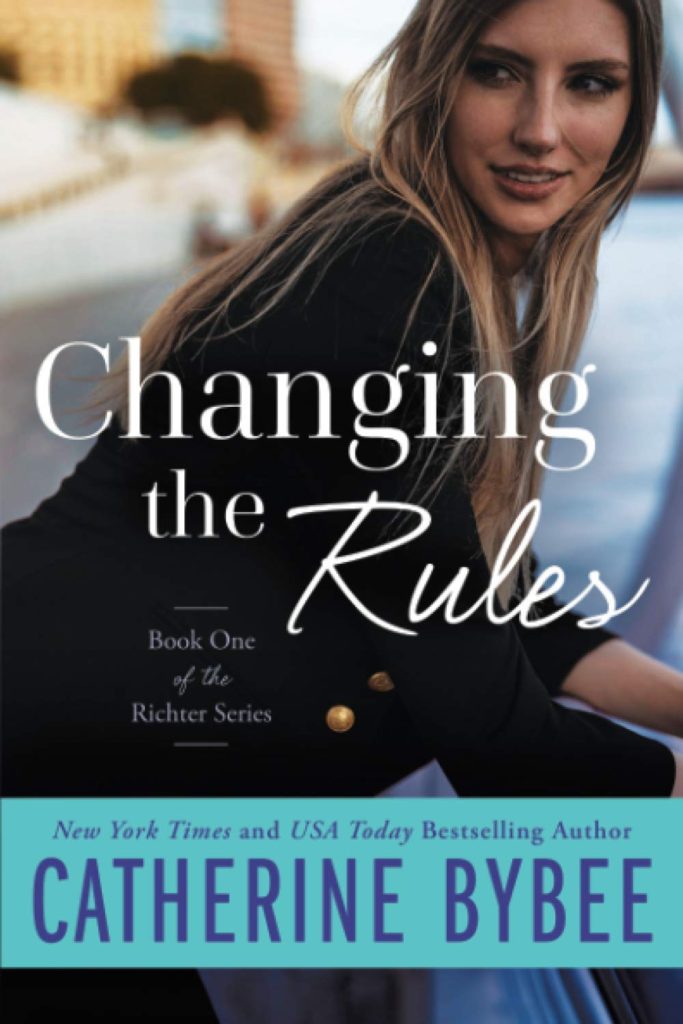 As an employee of MacBain Security and Solutions, Claire Kelly can certainly hold her own. Armed with an impressive set of covert skills, she’s more than prepared to tackle any job that comes her way…except one involving Cooper Lockman.

Cooper and Claire used to work together before his feelings for her sent him packing to Europe for six long years. But now he’s back and determined to ignore the still-smoldering heat that lingers between them.

Their current mission: go undercover together at a California high school to root out the mastermind behind a prostitution ring targeting young girls. The closer they get to the truth and the closer they get to each other, however, the deadlier their task becomes. As Claire and Cooper risk their lives to bring down their target, will their hearts be the final casualties?

Excerpt from Changing the Rules by Catherine Bybee

Claire collapsed onto the living room sofa the second she walked in the door. Not only had she suffered a headache the entire day, Cooper ran her like a trainer working an Iron Man competitor.

“That sounds like a bad day,” Jax said as she walked around the corner of the kitchen.

Claire flung an arm over her eyes to block out the sun.

She heard Jax walk in the room and then exhale as she sat down. “You’re right. I don’t give a crap what happened in school, unless it involved Cooper. What I want is the details of last night after I got out of the car.”

Before Cooper picked them up, Claire and Jax had agreed that Jax would give them a few minutes to have a private conversation. Now Claire regretted that plan.

“The long story, or the short story?” Claire asked.

“Whatever one you want to deliver.”

Claire’s arms slid off her head, and she pushed herself into a sitting position.

“Cooper has a thing for me.”

“Sorry, Claire, but that’s obvious. I think you’d have to be an idiot to not see it. Even the guys on the team see it.”

“What? Are they talking about—”

Jax stopped her with a shake of the head. “Of course not. But you can tell by how they look at the two of you that they know there’s an attraction.”

Claire pointed to her chest. “I’m not doing anything, it’s him.”

She kept shaking her head. “No, it’s all him. I’m not instigating anything.”

“You flirt with him all the time.”

One look from Jax and she rescinded her statement. “Okay, we banter. But it’s always been like that. I have the pool stick, he makes some kind of phallic joke. It’s banter. Not flirting.”

Jax sat back, crossed her arms over her chest. Claire couldn’t believe her best friend was calling her out. “We’re friends. And last night he ruined that by telling me he’s had a thing for me since we met. Told me he left sunny California for dreary London because I was too young and naive to handle him when I first got here.”

Jax narrowed her eyes. “Is that really how he said that?”

Claire’s headache was coming back. “No. He said I was a child.”

Claire stood up from the couch, started for the kitchen. “He kept repeating that I was eighteen back then.”

Jax followed behind. “Which is true.”

Claire yanked open the fridge, pulled out a beer. “Whose side are you on?”

“Yours. Always. But I just don’t see where all the fire is about this. Cooper owns up to the flirting comments and puppy-dog looks he gives you, and you’re pissed because he walked away six years ago.”

Like picking a lock, the pieces slid into place and finally started to click. “But he’s my friend.”

“Trying to say you’ve never thought of him as more?”

“No.” Her denial was quick.

Jax started to smile. “You’ve never checked out his ass? The guy can fill out a pair of jeans.”

Some of the anger she’d harbored all day eased. “That’s true.”

“And that smile. When he’s belly laughing he has the tiniest dimples.”

Claire closed her eyes, pictured his smile. She hadn’t noticed the dimples, but now that she thought about it . . . She opened her eyes to find Jax staring at her.

“Sounds like you have a thing for him,” Claire said.

“Wouldn’t matter if I did, and I don’t, by the way, but it wouldn’t matter. The guy can’t stop looking at you.”

“I don’t think you have to do anything. It’s not like he asked you out and you said no and now it’s awkward.”

“You’re right. It’s worse than that.”

“You’re overthinking it.” Jax pushed off the counter. “You know what, let’s gussy up a little and hit a proper happy hour. We’ll talk in German and pretend we don’t speak English and shamelessly flirt.”

Claire abandoned her beer. “Now that is exactly what I need to do and get my mind off of boys.” 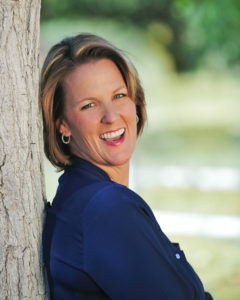 New York Times, Wall Street Journal, and USA Today bestselling author Catherine Bybee has written twenty-eight books that have collectively sold more than five million copies and have been translated into more than eighteen languages. Raised in Washington State, Bybee moved to Southern California in the hope of becoming a movie star. After growing bored with waiting tables, she returned to school and became a registered nurse, spending most of her career in urban emergency rooms. She now writes full-time and has penned the Not Quite Series, the Weekday Brides Series, the Most Likely To Series, and the First Wives Series.

One response to “Spotlight: Changing the Rules by Catherine Bybee”