The second stand-alone novel in Dianne Duvall’s thrilling new sci-fi romance series full of action, humor, and happily-ever-afters is out today! Grab your copy of THE SEGONIAN on Amazon or at any of your favorite online retailers!

Eliana’s life has never been what one might term ordinary. At least, it hasn’t been for a very long time. As a powerful Immortal Guardian, she spends her nights hunting and slaying psychotic vampires that most of humanity doesn’t even realize exist. Then an opportunity arises that instantly makes her extraordinary existence seem downright boring. The leader of the Immortal Guardians asks her to guard a group of mortals who are embarking upon a voyage across the galaxy to the planet Lasaran. How could she possibly say no?

In no time at all, Eliana is hurtling through space on board a Lasaran battleship and getting to know not one but two alien races. It’s the most exciting adventure of her long life… until the ship is unexpectedly attacked. Amid the chaos and destruction that follow, she valiantly helps everyone she can before an explosion renders her unconscious. When Eliana awakens, she finds herself alone, floating in space, clad only in a spacesuit, with no ship in sight. Alone—that is—except for the warm, deep voice that carries over the comm in her helmet. 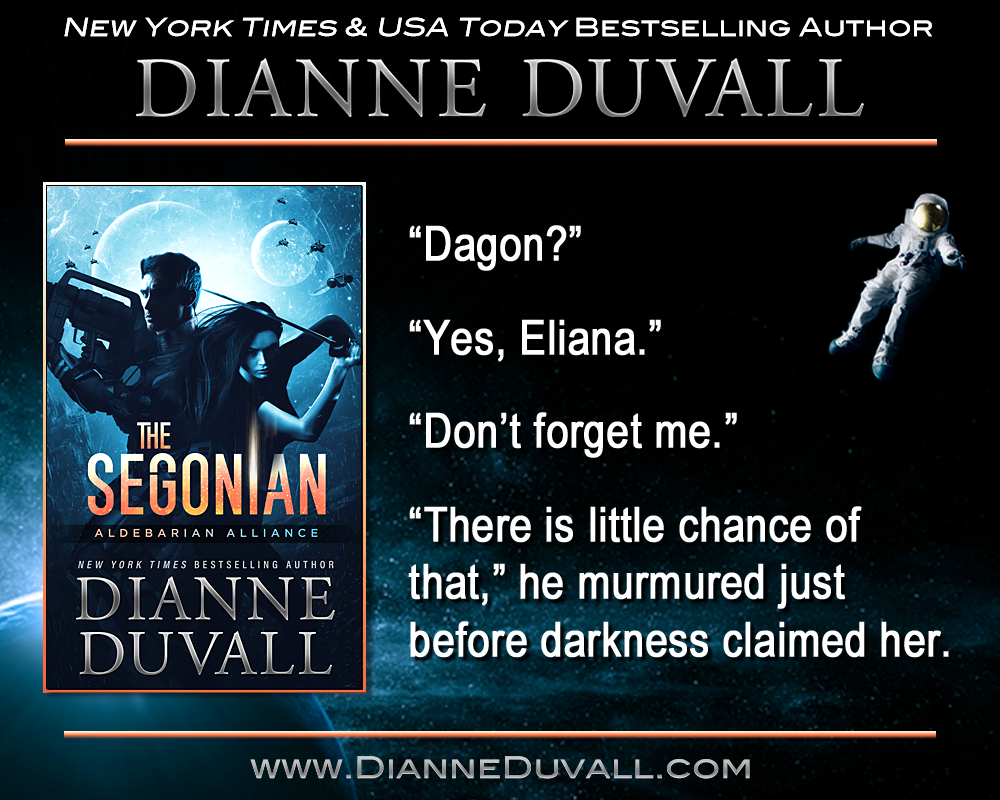 Like this post? Share it with the rest of the world. --->
« Audiobook Review: The Segonian by Dianne Duvall
Review: Much Ado About You by Samantha Young »

One response to “Release Day: The Segonian by Dianne Duvall”