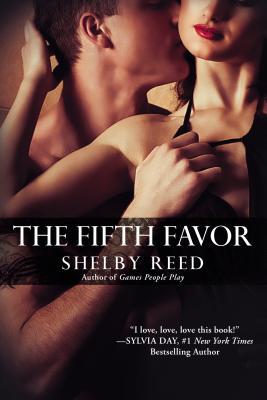 Imagine a world where a woman’s every pleasure, every wish and wildest fantasy is granted by the man of her dreams. Such is Avalon, an elite, private club in Washington, D.C., that caters solely to female desires. There, magazine reporter Billie Cort meets Adrian, the club’s most infamous companion, with the intent to interview him for an article on high-dollar male escorts. Billie can’t foresee, however, how quickly Adrian will strip her defenses and expose her true desires and in the process, fulfill his own yearning for love.

Billie Cort is a writer for Illicit magazine and for her next assignment she is being sent to interview a male escort at the high-priced and exclusive women’s club. Adrian is more than just an escort, he is every woman’s fantasy. He is beautiful, charming and knows just what you want and you will leave his company completely satisfied.

Billie is not immune to Adrian’s charms. He weaves a web of sexuality around Billie, but she refuses to just be another customer to Adrian. She knows there is more to Adrian than the shiny facade that he uses to seduce women. As a reporter, she won’t be satisfied until she knows more of the true man inside Adrian the gigolo.

But Adrian doesn’t remember the man he used to be, he has been living the life of an escort for eight years and the world of Avalon has become his reality. Adrian is uncomfortable with the feelings that Billie stirs inside of him. They are foreign and fixating on Billie is unproductive to a man whose job it is to please several woman each night.

Billie is sweet and almost naive for a reporter and Adrian is torn between wanting to break down her barriers and show her true desire and fear that being with someone like him would sully Billie’s gentle soul.

THOUGHTS:
I always love when a story takes me by surprise. The book jacket declares that this is a story about Adrian breaking down Billie’s inhibitions. So I expect a sex book where Adrian is showing Billie new sexual positions and opening her up (so to speak) to sexual experimentation.

Wrong! Although there some sex in the book, it was no more than your average romance story. In fact, Adrian fights his desire to take Billie to bed because she is so good and he is so wretched. This is not a story of Adrian breaking down Billie’s sexual barriers, but of Billie breaking down Adrian’s emotional barriers.

Now there is plenty of sensuality. When Adrian is working his seduction on Billie, I found myself as drawn in by him as she did. She truly is the moth to the flame. (Me next!!) But also like Billie, I enjoyed seeing Adrian without his mask of reserve. Adrian is very uncomfortable with how Billie makes him feel. He services many women each night like an automaton because he withholds his climax, but when his mind wanders to thoughts of Billie, he no longer has that iron hold on his response. He does try to get Billie to become a client at the Avalon so that he can have her in an environment that is safe for him. This way he can have her physically and keep her away emotionally.

The madam of the house is set up as a villain. She wants to keep her top earner who she personally is attracted to, and she’s a real bitch. She does things like setting Billie up to see Adrian “at work” and tries to have one of her other escorts seduce her, but she doesn’t hit the evil hard enough to make her a really interesting character.

I did have some small issues with the story like why would Billie attend a party at the Avalon when Adrian doesn’t want to see her, and where she knows he’ll be working, and she knows it is fishy that she’s being invited. So why go? You know it’s not going to go well. Small story bits like that bothered me, but overall, I enjoyed watching Billie try to get to the heart of the Adrian and in doing so, showing Adrian the way back from his soulless existence.

They walked in silence toward the parking lot lights.

“Billie,” he said finally “what do you want from me?”

“I’m certain it would put you immediately at ease if the answer was hot animal sex,” she snapped.

“But I would know that’s only part of it.” He spoke calmly enough to toss kindling on her anger. “So maybe I should say, what else do you want from me?”

She squinted at him. “The question should be, what do you want from me?”

“I wanted your company tonight. And now I want you to remember what I am, before we both forget.” He caught her elbow to stop her. “Maybe I’ve misled you.”

She flashed him a look of disbelief. “Truthfully? That thing you did with your tongue kind of threw me for a loop a few nights ago. Call me silly, but after that, I thought we had something going. It was stupid of me. I’d forgotten what you are, but suddenly it’s come back to me with crystal clarity.”

Directly ahead, an older couple meandered shoulder-to-shoulder, fingers entwined. All around the lawn lovers strolled together, dreamy from Mozart’s lingering effect.

Billie started walking again with a quickened pace. She didn’t feel dreamy. She felt like someone had doused her with a bucket of ice water. “Why did you ask me here tonight?” she demanded, two steps ahead of him now. “You had to know how it would end up.”

“I wasn’t sure how it would end up. I wanted to see if I was right.”

“About what?” She tried to quicken her pace, but he snagged her hand and halted her again.

“You’ve never had a one-night stand, have you, Billie? You’ve never taken your pleasure and ducked out into the sunrise.”

“No. Hell, no,” she added furiously, resisting the urge to twist from his grasp like a belligerent child. “I think more of myself than that.”

“I don’t have relationships. They blow apart before they’re even off the ground. Sex gets mixed up in everything I do. It tarnishes everything. I won’t have sex with you, no matter how much I want it.”

She finally pulled her hand from his. “That’s funny, considering where you had your mouth a few nights ago.”

“You’re right. A few nights ago, I thought–” He cleared his throat. “I felt differently.”

“So what could’ve possibly happened in four days that makes me so untouchable?” To her horror, tears of frustration thickened her words. She cared too much for this man. And why? Only a glutton for punishment would fall for a gigolo.

“Maybe I should’ve been less direct in my response to you to night,” she added, a fresh wave of anger chafing her wounds. “I’ll bet no one ever plays hard to get with you. You like games. Should I have played?”

“It’s not any of that.” The drop in his tone told her he was finally irritated. Good, damn it. She wanted to provoke him, force him to show something other than the silky, sexy remoteness Avalon had cultured in him.

“Then what?” She stepped toward him, shaky inside but forceful in her insistence. “Come on, you have nothing to lose here. Give it to me straight. What did I do?”

“You kissed me like you meant it,” he said flatly, “and I liked it.”