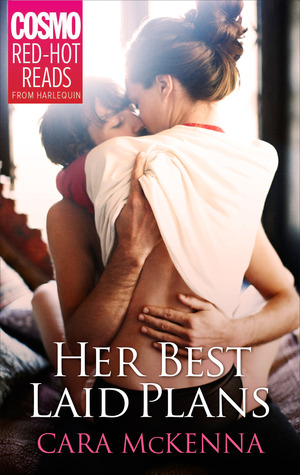 Imagine nursing a pint in a cozy, authentic country pub, far from Cork City’s busy pulse. Getting here took you a plane, bus, taxi, and…erm, bicycle. But just as you’re resigning yourself to drinking beside gray-haired farmers, you see him—a man with the looks and charm to soothe any heartbroken girl.

For American Jamie Webb—recently dumped and housesitting for two weeks—Connor Kelleher is like a six-course feast after a 23-year starvation diet. But it’s gotta be casual. She’s just begun re-routing her life after an extended, man-related detour. Still, a sexy romp (or twenty!) with Sexy McBartender?

But what about when Jamie’s best-laid plans for no future plans with any man begin to change?

Jamie Webb put her own plans for college on hold two years ago to help support her boyfriend through medical school.  She spent the last few years supporting him through his dreams and was shocked when he suddenly dumped her.   Never again.   Jamie will be returning to college in the Fall to begin her architecture classes, and she refuses to change those plans for anyone else’s schedule ever again.

And the first step in putting her life back on track is the first real vacation she has had in years. She is housesitting for her mother’s friend on County Cork, Ireland. The scenery is beautiful, although a little desolate for a city girl like Jamie. A trip to the local pub is more like a trip to a nursing home with all the old men nursing their Guinness. She is afraid her plans for an exciting vacation fling are down the drain until the new bartender takes over his shift.

If there is only going to be one man under 30 in this neighborhood, Connor Kelleher is definitely a perfect specimen and his sparking eyes and sexy banter is just what Jamie needs to wipe away the mess of the past few years. Connor is happy to show Jamie around the town as well as the pleasure she has been missing in the arms of a passionate man.

As the time for Jamie to return home draws nearer, it is getting harder and harder to imagine parting forever from Connor, but Jamie refuses to once again set her plans aside for a man. Will her time with Connor become a pleasant memory to think back on or will walking away become Jamie’s biggest regret?

THOUGHTS:
I have definitely added Cara McKenna to my list of favorite authors. This was a short story and a quick read but it was definitely enjoyable.   It didn’t feel rushed and it flowed nicely.  Connor and Jamie have a connection from the beginning and what was supposed to be a week-long fling for both leaves them wanting much more.    You definitely felt their connection as well as their pain and sadness that they found someone so perfect who they wouldn’t have a chance to truly know better.

Some of Cara’s stories leave me wanting so much more and with both Jamie and Connor with plans to start college in the Fall on different continents, I wasn’t sure if she would leave us dangling at the end, but I did enjoy where she went with it.

Jamie wasn’t sure when bars officially closed for the night in Ireland, but Connor locked the door to the Crossroads just after ten, when the final regular bade him a good evening and shuffled out into the night. He flipped the dead bolt and the sign in the window, then turned expectantly to Jamie.

“Ready to redeem yourself?” she asked.

They’d been making flirtatious small talk for the past couple hours, but she still felt a ripple of nerves. Thrilling nerves–an endorsement from her intuition, not a warning.

“I’ll do my best,” Connor said, cracking his knuckles. “Though sadly you’ve already seen my best. I can only pray that whiskey’s left me with a fighting chance.”

Connor flipped off all the lights save for the one above the table, seeming to close them in an intimate, dramatic little set.

He left her arrange the balls, and he broke.

Feeling cruel, Jamie took to disturbing him just before he could take his next shot, peppering him with inane questions. The fourth time she pulled the stunt, he stayed as he was, leveling her with his eyes. He looked deliciously dangerous in the stark overhead light, still poised to take his thwarted turn—brow furrowed, shoulder blades cocked, gorgeous forearms tensed and his fingers curled around the cue.

He didn’t. He merely smiled some mysterious Connor smile, then finally took his turn. Her ploy worked, though–he didn’t sink a thing.

He sighed his annoyance, standing aside as Jamie got her own shot strategized. He tapped the table with the tip of his cue. “Aim about here,” he said. Tap tap tap. She eyeballed a different angle and he tapped again, in her line of vision. “Right about here, then.” Tap tap tap tap.

She flipped her hair over her shoulder and picked a ball, knocking it neatly into a side pocket. She tossed him a snotty look as she circled to find her next move. Connor rested his cue along his shoulders, gripping it with both hands. “If we’d agreed on any prizes this time, I may as well go ahead and forfeit mine.”

“I thought the stakes were rather obvious,” she said, and potted the blue ball.

Connor seemed to perk up at this. He was imaging another kiss—she could tell from his eyebrows alone, rising a fraction to betray his intentions.

“Do you now?” he asked. “And what might those stakes be?”

He pouted, posture slumping. “I’m doomed then. Can’t we play for something else?”

She knocked a red into a pocket. “Such as…?”

“I rather liked out earlier wager.”

“At this rate, I’ll be leaving here with an entire bottle.” She eyed the yellow ball.

She looked up and held his stare. “I liked your wager, too,” she admitted, her smile feeling as shy as her words were bold.

Her stepped closer, skirting the corner of the table. Goodness, those hips. This man could slink.

“If that’s the case,” he said softly, “Then maybe the snooker’s a bit of a formality.”