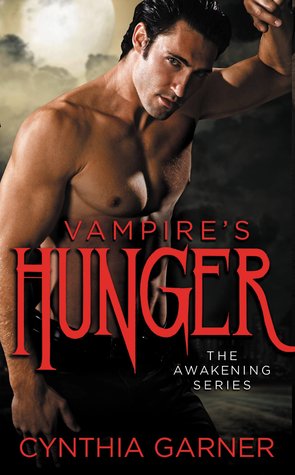 In a post-apocalyptic wasteland, civilization no longer exists, and only the strongest survive. The few remaining humans must band together with supernatural beings to battle unspeakable evil—or all hope will be lost.

Kimber Treat is an ordinary woman with an extraordinary gift: she can raise the dead. As a necromancer who works with the police, she communicates with murder victims to bring their killers to justice. But after a normal session goes horribly wrong, Kimber realizes she’s summoned something dark and sinister. She’s unwittingly unleashed the apocalypse, and everyone blames her . . . except Duncan MacDonnough, the devastatingly handsome vampire she can’t stop fantasizing about.

As society shuts down and flesh-eating hordes close in, Duncan vows to protect Kimber. He can keep her safe from others—but not from the insatiable carnal hunger he feels for her. Now racing to reverse the chaos she’s unleashed, Kimber can’t afford any distractions. But even as she succumbs to Duncan’s seduction, she fears that he has a hidden agenda. And with the line between life and death starting to blur, his secrets might kill her-or worse.

In Cynthia Garner’s new Awakening series, the police use necromancers in their murder investigations to question the deceased.  Kimberly Treat has been brought in to see who murdered Richard Whitcomb. This time when she taps into the magic of the Unseen, something dark takes a ride with Whitcomb’s soul. Before she returns his energy to the Unseen, Whitcomb bites the M.E. and begins an outbreak of a zombie virus which takes over the world.

Our story fast forwards to six months later where Kimber, her friend Natalie, are hold up in an apartment building with Duncan and his fey friend Aodhán. Supplies are running low and Duncan’s vampire Queen will offer safety to Kimber and her friends in exchange for Kimber raising her murdered vampire lover from the dead. Kimber has no desire to live in a nest of vampires, even if it is more secure and lush than her current space. Especially not after Maddalene sent her vampires to kill Kimber’s parents.

Even if Kimber wanted to help the Queen, the Unseen hasn’t acted right since that fateful day six months ago. Kimber has tried again and again to pull the zombie virus from the infected and each time she feels the pull of something dark and evil when she touches the Unseen.

When Madeline threatens the life of her friends unless Kimber comes to her compound, Kimber might just be stuck between a zombie hoard and a hungry vampire army.

THOUGHTS:
This was a quick story that draws you in and before you are ready, it’s over. Worse, when you think about it you still have questions. The good thing is that there is a Book 2, Vampire Thirst, coming out next month.

I also realized once we got to the end that there was probably as much sex as there were zombies in the story. When Kimber and the gang stayed in their apartment and kept quiet with the windows covered, they didn’t seem to be bothered by the zombies. We never saw them scouting for supplies, only traveling between the vampire compound and their apartment. There were a few zombie fights, but I never felt tension of any real danger.

There was also the added interest in blending vampires, fey, magic and zombies (but so far no sign of werewolves). Kimber and Duncan were interesting characters and we get a hint of sexual interest and snarkiness between Natalie and Aodhán.

It was a light read and I am interested enough to see where Book 2 takes us.

And that was the other thing that had changed. The two-bedroom apartment where she used to live with Natalie now housed four people from time to time—two humans, one fey warrior and a vampire who was thankfully absent for the moment. With only half a cup of coffee she wasn’t sure she’d be able to put up with bossy-pants Duncan MacDonnough.

Even if his bossiness made her want to roll over and do whatever he wanted.

She’d thought about suggesting they all get a place of their own. It wasn’t as if there weren’t plenty of empty apartments available. And she’d sure as hell thought plenty about telling Duncan to stay at his own place at Maddalene’s complex. But while having people living with her was aggravating at times, she could still recognize there was safety in numbers. If for no other reason, she and Natalie could sleep while Aodhán or Duncan kept watch, and vice versa.

From where he sat on the sofa, Aodhán said, “I know I don’t need to remind you to keep your voices down.” The lovely Irish lilt did nothing to mask the slight ring of condescension in his deep voice.

“No, you don’t,” Kimber muttered. She finished her coffee and placed the mug on the table. “Although it does sound quite lovely when you don’t remind us.”

He turned his head and looked at her. She only knew it because the light from the candles on the table glinted in his eyes.

“Oh, for crying out loud.” She picked up one of the candles and carried it carefully into the living room. She set it on the coffee table and sat down on the other end of the sofa. “I can’t even see you from in there.” Curling her legs beneath her, she rested her head against the back of the sofa and stared at him. He picked up a soft cloth and stroked it along the sword blade. She frowned. “You cleaned that thing yesterday, and you haven’t used it since.”

“A sharp, clean sword is a warrior’s best friend.” He lifted a brow. “It also makes it much easier to lop off heads. Or, if you’d prefer, I can let it get dirty and dull and then hack away at the hordes when we face them. Take five minutes to do a job that should only take a few seconds.”

“Are you sure that’s it?” Natalie asked as she walked over to them. “Or do you just like fondling your sword?”

Kimber pressed her lips together, her gaze going from Natalie to Aodhán. These two had struck sparks from the moment they’d met, and it had only gotten worse with their close living quarters. She wasn’t sure if she should fix some popcorn or take cover.

“Oh, I’m like any other man, lass,” he rejoined with a smirk. “I’m not averse to fondling my mighty sword. Of course, I’m also highly inclined to allow those of the feminine persuasion the opportunity to wrap their hands around it, to stroke along the hard shaft all the way to the tip.” He gave a lecherous waggle of his brows.

Natalie rolled her eyes and shook her head. Kimber snorted back a laugh.

Without taking his gaze off Natalie, he asked, “Do you have something against fondling a man’s sword, then?” He stretched his long legs out under the coffee table.

“I like fondling plenty. With the right weapon,” Natalie added without missing a beat. “But that’s something you’ll only find out in your dreams, fairy boy.”

Rather than be incensed by her derogatory name calling, Aodhán grinned, his teeth flashing white in the dim room.