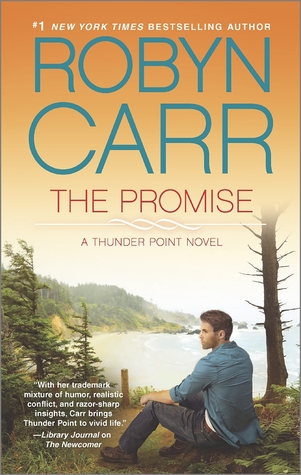 Scott Grant has a bustling family practice in the small Oregon community of Thunder Point. The town and its people have embraced the widowed doctor and father of two, his children are thriving, and Scott knows it’s time to move on from his loss. But as the town’s only doctor, the dating scene is awkward. That is, until a stunning physician’s assistant applies for a job at his clinic.

Peyton Lacoumette considers herself entirely out of the dating scene. She’s already been burned by a man with kids, and she’s come to Thunder Point determined not to repeat past mistakes. When Scott offers her a job, at a much lower salary than she’s used to, Peyton is surprisingly eager to accept…at least for now. She’s willing to stay for a three-month trial period while she explores other options.

Scott and Peyton know the arrangement is temporary—it isn’t enough time to build a real relationship, never mind anything with lasting commitment. But love can blossom faster than you think when the timing is right, and this short visit just might hold the promise of forever.

This is the story of Peyton Lacoumetter and Dr. Scott Grant. Peyton is a physician’s assistant at loose ends since her cardiologist boyfriend tossed her out as both his fiancee and office PA. She had lived with him for three years and tried to help raise his two obnoxious children who hated her. She stops in Thunder Point and applies for a job in the clinic there until she can decide where to go from here.

Dr. Grant is a widower with two young children. She refuses to get stuck in that trap again. His children are respectful, obedient and lovable. Peyton is still leery of getting involved. Peyton finds the town and the people friendly and caring but she still wants more. She is offered a PA job at much more money and prestige and is torn between what she thinks she wants and staying in Thunder Point. The doctor is in love with her and tells her to follow her heart.

In the meantime, her old fiancee returns and wants Peyton back saying he made a big mistake letting her go. Now she must decide between Ted, who is wealthy, charming (when he wants to be) and good looking and Dr. Grant who is also attractive, but broke and kind to everyone.

Should she return to the fiancee or stay at Thunder Point?

THOUGHTS:
This is the third book in the Thunder Point series, but it works well as a stand alone book if you haven’t read the first two.

If you have been following the series, we are re-introduced to many of the people you have already met from the other books.

One thing that did make me angry is that Ted’s horrible daughter begs Peyton to come help her after she makes a horrible decision that will screw up her life. She treated Peyton horribly, but has no problem asking her to drop everything and rush to her rescue.

This is an interesting book and it is nice to see what happened to the other characters in the series.

“One last game of Candy Land?” she asked the squeaky clean kids.

And then it was quiet time. They wanted to “camp” with their Kindles and crawled under the table. “Peyton, you can come in, too, if you want.”

“You have to make yourself small. And be careful about your head,” Jenny said.

“What the heck,” she said. down on all fours, she crawled into the tent, ducking her head for the wooden braces where the leaf fit. “Just for a little while. I should put the tent away before your daddy gets home.”

“He’s a very good daddy,” Peyton said, once inside. Will and Jenny slid apart, putting her in the middle. “Very nice,” she said. “You can live here.”

“We have a real tent,” Will informed her.

“For camping?” she asked.

“Uh-huh. We camp in the backyard, but pretty soon we’re going to camp on the beach before it gets too cold. You can come, too if you want to.”

“That is so sweet,” she said, carefully lying down on her back between the two of them, her feet sticking out of the tent. “Sadly, I will be busy that day. So, now what do we do?”

She held her small screen to share with Peyton while Will was not so charitable. He rolled on his side, his back curled against Peyton, watching his screen privately. She snuck a peak to make sure it wasn’t inappropriate; he was into dragons, it appeared. “Well, I guess I’ll watch with you. What’s this?”

Indeed. A balloon salesman who had a very satisfactory life selling the, married to a happy wife, growing older gracefully if not completely fulfilled since he missed out on some adventures. But he was mostly content. And then his wife died!

Jenny turned toward her and gently stroke her cheek with her small hand, turning her beautiful big brown eyes up to Peyton. “It’s okay. I’m right here.”

Stop, Peyton, stop! Do not fall in love with these children! They belong to the boss!

Like this post? Share it with the rest of the world. --->
« Bound to Danger by Katie Reus
Extra: Snark Attack! Too Many Books. Not Enough Time. »

One response to “The Promise by Robyn Carr”