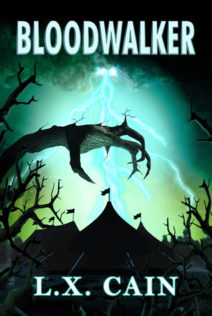 This book may be unsuitable for people under 17 years of age due to its use of sexual content, drug and alcohol use, and/or violence.

[box style=”rounded” border=”full”]This is a horror novel with some disturbing imagery. I was immediately drawn into the story and equally intrigued and creeped out by it.[/box]

When Zorka Circus performs, its big top roars with laughter and cheers, but when it moves on, there are fewer children in the European towns it leaves behind.

Circus Security Chief Rurik suspects a killer hides among the international performers, but they close ranks—they’ve always viewed lightning-scarred Rurik as the monster. Nevertheless, he’s determined to find the culprit and stop them before anyone else dies and the only place he can call home is ripped apart by the murders.

Into Zorka Circus comes the Skomori clan, despised as gravediggers and ghoulish bloodwalkers. A one-day truce allows bloodwalker Sylvie to marry. Instead, she finds a body. Alerting others will defy her clan’s strict rules, break the truce, and leave her an outcast.

When more bodies turn up, the killer’s trail becomes impossible to ignore. Rurik and Sylvie must follow the clues—even if they lead to something unimaginable.

When I originally read the description of this story, I thought Bloodwalkers were going to be some kind of vampire. They are not. Bloodwalkers are the terms for the women who would act as undertakers for centuries. A tradition handed down from mother to daughter. While these traditions are necessary in these small, rural villages in eastern Europe where modern morticians and funeral homes are scarce, bloodwalkers are still looked down as ghouls and undesirables.

The only problem I had with this story was that it is hard to remember while reading this story that it is taking place in modern Romania and Hungary. Nothing is modern about these two main characters. On one hand we have Sylvie, who has come out of her little village in the mountains for her arranged marriage. Although her husband-to-be lives in a poor area of a modern city, she still holds to the very backwards traditions of her people; wearing long black dresses and keeping her hair under a braided cap. She is very subservient and almost child-like. She has no money, no formal education and no skills. Even her bloodwalker skills are sub-par. Her husband is abusive, a drunk and a cheat.

Our other POV is Rurik, who is the chief security for the traveling circus. Rurik was hit by lighting twice, once at 7 and once at 17, his body is scarred and slightly deformed. If he walks around outside the circus, he is wearing a cloak and hood…not too conspicuous and questionable. It appears circus folks still hold the tradition of avoiding the police and keeping to themselves, even if it involves murder and kidnapping. Rurik is the only one trying to find the killer.  Even with modern Interpol, none of the police agencies made a connection between the missing children and the circus. The circus people also don’t invest in cell phones.  Even a local holding cell was described as primitive with a flea-ridden bed and hole in the ground “facilities” that were overflowing with raw sewage.

I kept forgetting that this was not a turn of the century story and there were actually modern hospitals, cell phones and media coverage. Sylvie’s wedding consists of the groom binding her hands together and holding a leash while the oldest bloodwalker in the town declared they are man and wife. That is great, except this is a modern society so where is the marriage license? There wasn’t even a declaration of intent. Welcome to 2016 Romania where all you have to do is tie her up and you’re man and wife.

There is a hinting in the description that Sylvie and Rurik follow clues to the killers but there really isn’t any romance and they are not working together.  The only time Rurik and Sylvie ever meet is when Sylvie’s wedding takes place at the circus. They are each involved in this investigation from different angles until they once again meet up at the end.

While you felt bad for Sylvie and her situation, Rurik is the real hero here.   Rurik sees himself as nothing but a scarred, scary mess and doesn’t notice the respect he receives from the performers at the circus.  They look up to him, but he only sees disdain and it is more a reflection of his own feelings toward himself, but he doesn’t allow those feelings to keep him from doing his job to the best of his ability taking care of the people under his protection as well as trying to protect the children in the towns they visit.

While it was hard to keep focused on the fact that this was actually a modern story, Rurik’s investigation into the matter of who was kidnapping children and what is happening to them as well as what is happening to poor Sylvie is a very interesting story and more than held my attention as I read the story in a day.   I never guessed how it was going to end.  This wasn’t a paranormal and stays firmly in the realm of horror and it had more than enough creep factor to keep it there.

Sylvie turned the plastic bag of flesh over and over in her hands, unable to believe what she was seeing. From every angle, the truth assaulted her. The broken bones bore human tooth marks. A dark chasm of shock opened inside her. She’d prepared many bodies for burial but never a child’s. Her eyes began to sting, and her throat closed up.

The death was horrible enough, but this poor child’s remains were in a shabby camper, wrapped like trash. No one had cared for the body. No one had put it safely in the ground. No one had mourned over the grave.

Who could have done such a thing?

Her mind zeroed in on the man who’d stolen the towels. He could be the killer.

She had to tell someone.

Holding the bundle in one hand, she hiked up her long skirt so she wouldn’t trip over the hem, but then froze mid-motion.

If she told people, they’d raise the alarm. Someone would call the police. Knowing how much they hated the Skomori, they might even try to blame them for the murder.

The wedding would be cancelled.

If she returned home unmarried, the gossip-mongers would have even more ammunition against her. It would prove she wasn’t good enough.

And what about Ada and Liana? It would be catastrophic if no one could marry–all because of Sophie. Word would spread. Her name would be synonymous with bad luck.

But then she looked at the bundle in her arms.

The dead child had no one to speak for it. No one to expose the truth or lay it to rest. No one who cared. No one except Sophie. 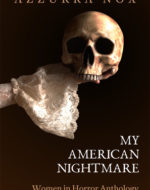