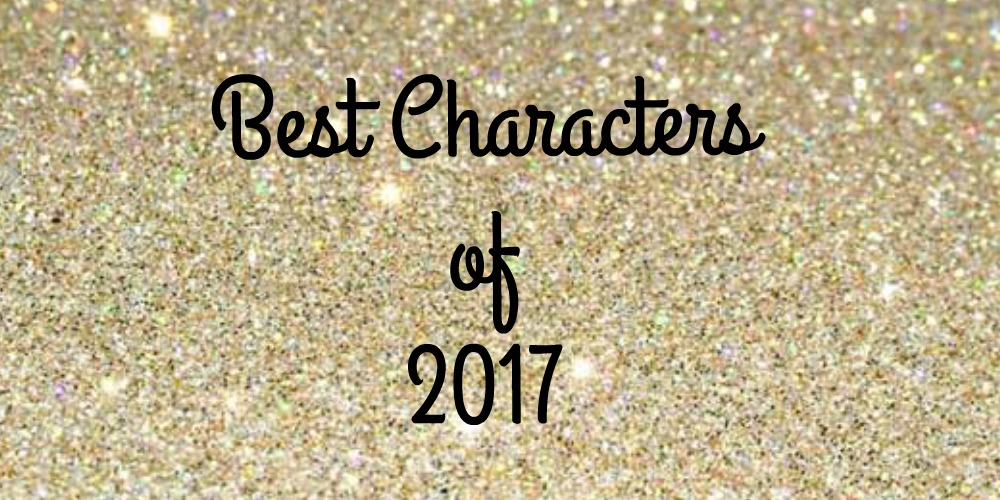 As avid readers, and with any luck, each year we meet compelling new characters.   I mean the types you won’t ever forget and will often turn out to be the reason you are offering unsolicited book suggestions to everyone you meet.

These are characters who actually make it difficult to put a book down and move on. They will become part of your Go-To Shelf of books to get you out of a reading slump or simply because they once again jumped into your head and only a re-read will get them out.

I have met many wonderful new characters in 2017, but one stands out above the others — Wren O’Brien. Erin

“Wren” O’Brien from Crave Me by Cecy Robson is an unforgetable character.  Wren was given such a vivacious personality, and just like Evan, I was enamoured by Wren right from the beginning of the story. Wren and Evan are so opposite they are perfect together. Evan is a more reserved personality, but I think everyone is compared to Wren. Wren is the only girl in a family of seven children. Wren is larger than life. She is someone who always stands out in a crowd even considering all of her big, strapping brothers, and as she says “I came out of the womb mouthing off.” She is smart, kind and loving. Heck, I want to be Wren when I grow up. Crave Me was sweet and the story draws you in, but it is Wren herself that has made me crave this story and pulled me back for more than one re-read this year.

Wren might top my list this year, but she isn’t the only character that I couldn’t get enough of this year. Nalini Singh is an outstanding author simply because all of her stories feature a wonderful cast of characters. She gave us the story of one of her more unique characters in Archangel’s Viper and while Venom and Holly were the perfect couple, they didn’t draw me in as much of my beloved teddy bear — Valentin Nikolaev. My undying love for Kaleb Krychek was tested after meeting Valentin Nikolaev in Silver Silence. I don’t know if my uber-powerful psy can fight against the power of this honey-sweet bear shifter with is big laugh, who can be “sneaky like a cat” to work his way into the heart of the woman he loves. I just want to hug him!

Valentin started winning me over as soon a Silver opens her door to find the Alpha bear who will sneak into her high security apartment simply because he wants to see her and get under her skin just a little. He calls her Starlight or his Sunshine and sends her gifts of food — food is very important to a bear — all of which she tells him to stop doing but bears apparently don’t hear so well when no is spoken. Valentin pushes Silver because he knows she is strong willed and he really likes when she pushes back. We can easily see that this big bear has his heart set on Silver and not just because she is pretty. He has a great deal of respect for her. He sees everything about her as exceptional and attractive, from her efficiency and her passion for her work to her kindness to the little cubs in his den. And he will do anything to make her see him as a future mate. How can you not love a man who when Silver has a moment of doubt says You are Silver Fucking Merchant, of course you can.   While Valentin is a pushover for Silver, he is fiercely protective of his Clan, a very shrewd businessman and holds the respect of the most powerful leaders, even Kaleb Krychek.

Thea Harrison gave us glimpses of Morgan le Fae in Pia Goes to Hollywood and in Moonshadow, but his odd

behavior confounded even the characters of the Elder Races.  It is not until this year’s Spellbinder, that we understand how desperately Morgan clings to his freedom and his humanity.   Morgan is a powerful human wizard.  A wizard very thinly veiled as King Arthur’s Merlin whose disapperance leads to Arthur’s fall.  Harrison’s explanation is that Morgan was captured by the Queen of the Light Fae in an otherland and put under a compulsion.  For centuries, Morgan has been forced to mete out any order of the Queen, no matter how heinous to Morgan.   All of the Elder Races see Morgan as a partner in Isabeau’s evil, not knowing that Morgan fights each day to break her hold over him.  He dreams of wrapping his hands around her neck.  Over the centuries, Morgan has come to realize that while he has to follow Isabeau’s orders, he can find loopholes since she is often sloppy with the commands that she gives to him.   We see this in Moonshadow, when he confronts Sophie about whether she is hiding Robin who recently escaped from the Queen’s capture.  Sophie deflects his questions with vague answers and although Morgan is aware that she knows more than she is saying, his wasn’t ordered to force answers out of her and leaves her only with a cryptic warning not to do anything to make Isabeau send Morgan after her.   In Spellbinder, Morgan meets Sidonie and in her kindness finds a reason to fight even harder to free himself of Isabeau’s control.

And it is not just the super sweet and cuddly who are unforgetable. At the 2016 NOLA Storycon, I met author Kevin Hearne. I was unfamiliar with his Iron Druid Chronicles but after hearing everyone rave about it, I had to try it and I binged listened to the entire series. I love all the characters in the series.  Really, who doesn’t love Oberon.  But it was earlier this year that I stumbled upon the most cantankerous character who somehow manages to make you smile ever time he grumbles fecking.

Eoghan Ó Cinnéide, Anglicized to Owen Kennedy, is one grouchy archdruid and when he is introduced halfway through the series in Shattered, your world will never be the same.  We have already met Owen several times throughout the series but he only appears as musings from Atticus’s past usually saying “Don’t cock it up, Siodhachan.” Owen is Atticus’s archdruid and 2,000 years ago the Morrigan foresaw that Atticus would need Owen’s help in the future so she convinced Owen to allow her to put him on a time island in Tír na nóg. It wouldn’t have been too hard to convince him since Owen was in his 70’s in a time when 70 was absolutely ancient and he was beginning to suffer the ravages of age. Realizing his days were numbered anyway, Owen agreed to go along with the Morrigan’s plan.

The student becomes the teacher as Atticus has to teach Owen everything from English to the last 2000 years of history, including all that Atticus has learned since he was a young druid. Owen takes to some modern conveniences (indoor plumbing) better than others (what the fek is a cell phone). Atticus also introduces Owen to his Immorali-Tea and after more than a pot, Owen is returned to a man in his 40’s. Of course, as a little payback to his harsh taskmaster, Atticus neglects to mention that diuretic properties of just a cup of tea, let alone the whole pot — before he introduces Owen to indoor plumbing — fecking Siodhachan.

I introduced this series to a co-worker and every morning he would walk in quoting another great line from Oberon, and each time I told him simply “you haven’t met Owen yet.”  Then one morning he meets Owen, and it was love at first fek.  I knew he couldn’t help but love the old grouch.    As much fun as reading about Owen may be, I would highly recommend that you listen to Luke Daniels’ narration as he perfectly captures this curmudgeon.

So what characters have you met this year that you know you will never forget?

Like this post? Share it with the rest of the world. --->
« Berkley Bookmas Special Event: “Slice of Life” by Elle Kennedy – Killer Instincts Series
Review: Suddenly Engaged by Julia London »

One response to “So Happy to Make Your Acquaintance”