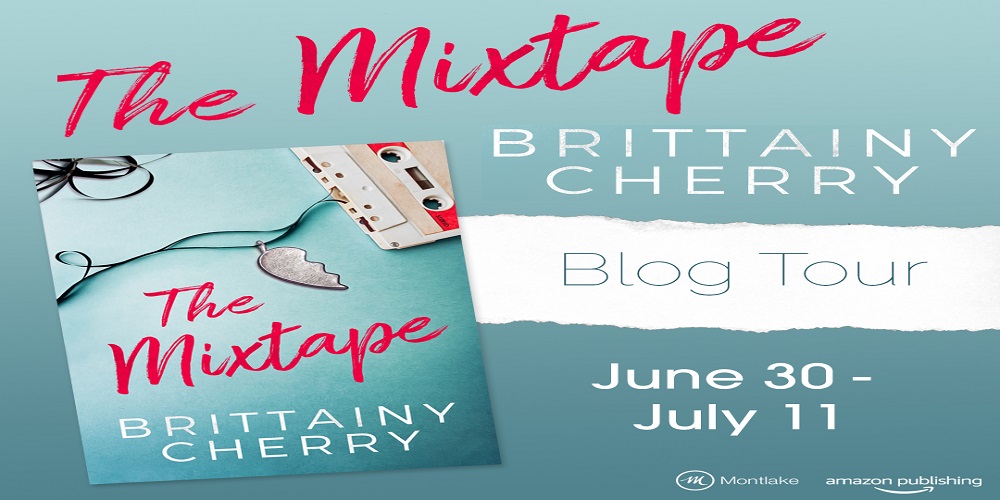 Hi, Everyone! I’m Brittainy Cherry, author of The Mixtape, a contemporary romance novel. I am so excited to share Oliver and Emery’s story with you all. These two characters are both struggling through life in their own ways, and it is through music and love that they find their way back to themselves and each other.

The Mixtape could’ve never come together without my own mixtape of sorts to help guide the way to this novel. Music not only plays a huge role in the story, but also in my personal life, so of course I had to whip up my own mixtape as I wrote this story. For example, my playlist began with “Godspeed” by the extremely talented James Blake that set the mood of the story. His tones and lyrics wrapped me up into a warm hug and I allowed the song to move me as I crafted Oliver’s character.

Then, we moved into “Soldiers” by Rachel Platten which is a powerful song about taking moments to breathe in order to move forward for another day, like soldiers in the night. It’s a song that showcases the strength of our heroine, Emery, who is a single mother, trying her best to create a better life for her young daughter.

I had the best time tying in songs like “Slow Dance” by AJ Mitchell (feat. Ava Max) to show the slow burn between Emery and Oliver falling together, followed by their first kiss being written to the song, “Can I Kiss You?” by Dahl.

The whole story was wrapped up with a classic, “Could It Be I’m Falling In Love” by the Spinners, which sums up what I hope you experience reading this novel: a mixtape of emotions which lead to you falling in love with the love story of Emery and Oliver. I hope this novel heals you the same way music soothes my soul. 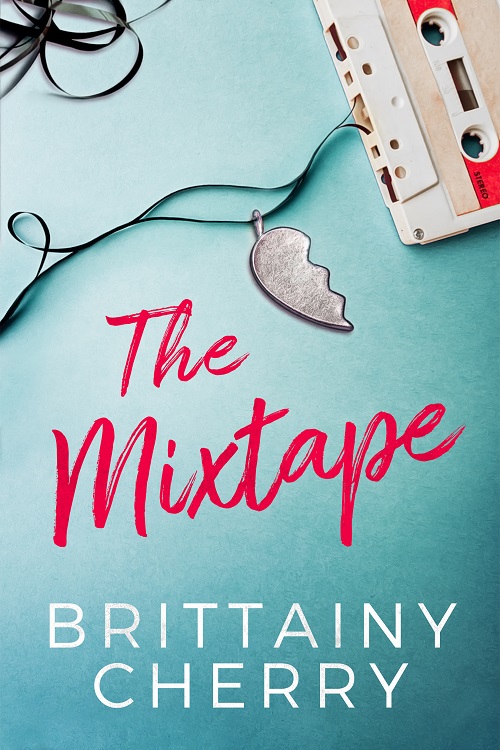 Emery has never felt more alone. Raising her daughter is both her pleasure and her pain as she struggles to hold on to her job as a bartender and keep a roof over their heads. With no one to help them—no support system—any unexpected expense or late bill could turn their whole world upside down.

Reeling from the death of his twin brother and bandmate, rock star Oliver Smith is trying to drink his problems away. Apparently he isn’t very good at it; they follow him wherever he goes. Also in hot pursuit are the paparazzi, who catch Oliver at his lowest low.

He could have walked into any bar in California, but he walked into hers. Emery helps Oliver lose the crowd, and they find themselves alone: two people whose paths are marked with loss and pain. However, they hold an unshakable hope for healing. They find solace together, but can their love withstand the world?

Sometimes the world didn’t make sense. No parent should’ve ever had to bury their own child. I couldn’t even imagine that kind of pain that raced through her heartbeats on a daily basis. If I could offer up only one set of prayers for the remainder of my life, it would be for the parents who had to say goodbye too early on to their own.

Those hearts would always beat a little slower in my mind.

“Thank you, sweetheart.” She reached out and patted my hand, and I knew it was because she needed a hand to hold. So, I wrapped both of mine around hers. “The mourning doesn’t get easier. It just get quieter. Some days, I still cannot get out of bed, but I’m blessed. Because Richard stays in bed with me and my quietness. Then, when it’s time for me to get up, he pulls me to my feet, and we dance. A piece of advice—find yourself a man who would dance with you even when your heart is broken.” Her eyes flashed with tears and she held my hands tighter. “You want to know a secret?”

“I thought I was going to lose Oliver, too. He kept everyone so far away. So, when I flew out here, I prepared myself for the worst. I thought he’d be in a drunken slumber or, worse…so much worse. Last time I came a few weeks ago, he wasn’t doing too well. But this time? This time I came back and he’s smiling.”

She smiled brightly up at me as tears freely danced down her cheekbones. “So thank you.”

“You’re the only difference in his life since I came back. Plus, there’s the way he looks at you when you’re not looking. Now, sweetheart, I don’t know what you did, but I’m almost positive that you helped bring my son back to life after he was holding death’s hand. Call it my mother’s intuition. So, thank you for helping him. Even if it’s just by being his friend.”

Now I was tearing up, and I pulled her into a tight hug. “You’re an amazing mother,” I whispered, and she began to cry harder.

“You have no clue how hard it is to believe that each day.”

I think all mothers thought that. The ones who doubted her mothering skills, were sometimes the ones who were trying their best day in and day out. I didn’t expect the conversation with Michelle to go the direction that it had, but I was glad it had taken that path, because it was clear we both had some healing corners of our heart that had to be touched that evening.

“Oh, don’t tell me you two are wine drunk and emotion,” Richard cut in, walking in our direction. “We were just picking out a song for two seconds and we turn around to find you both moping.”

“Oh hush, Richard. Can’t us girls have a moment every now and again?” Michelle remarked, standing to her feet.

“Yes, but for now, we dance to The Spinners, my lady.” Richard reached out for his wife and took her into his arms as they began swaying to the song, Could It Be I’m Falling In Love. Richard serenaded Michelle as she smiled and melted into him like a perfectly fit puzzle piece.

Oliver came to stand beside me as we both watched his parents fall more and more in love with one another.

“This was their wedding song,” Oliver mentioned. “Dad recorded it, and they danced to it for their first dance.”

“Oh my gosh, how sweet is that,” I swooned. True romance.

“They dance to it every single night. On the good days and bad days. Especially on the bad days.”

“They’re what I want my love to look like,” I confessed. Oliver gave me a tight smile but didn’t say anything. I shifted around for a minute before looking toward him once more. “Do you want to dance with me?” 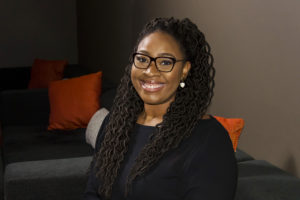 Brittainy Cherry has been in love with words since she took her first breath. She graduated from Carroll University with a bachelor’s degree in theater arts and a minor in creative writing. She loves to take part in writing screenplays, acting, and dancing—poorly, of course. Coffee, chai tea, and wine are three things that she thinks every person should partake in. Cherry lives in Milwaukee, Wisconsin, with her family. When she’s not running a million errands and crafting stories, she’s probably playing with her adorable pets.

Like this post? Share it with the rest of the world. --->
« Friday Giveaway: Last Guard by Nalini Singh
Friday Giveaway: The Kindred Spirits Supper Club by Amy E. Reichert »