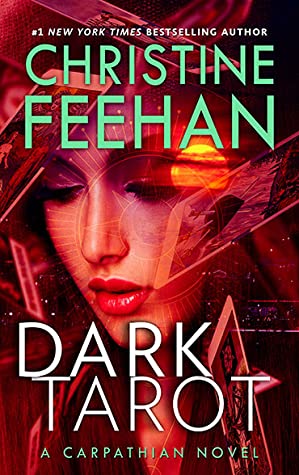 Sandu Berdardi continues to exist only to protect his people. An ancient Carpathian, his entire long life has been dedicated to honor above all else. He knows his time has passed, especially since he has not been able to find his lifemate—the anchor to keep him sane in a world he no longer understands. But just as he truly starts to give up hope, a voice reaches out to him in the night and his world explodes into color.

Adalasia enters Sandu’s mind seamlessly, as if she has been a part of him forever. While she can see the shape of things to come in her deck of cards, her gift is both a blessing and a curse. The true course of Sandu’s quest remains unclear, with danger waiting at every turn. She cannot see everything the future holds, but she does know it is a journey the will take together.

Adalasia’s voice was soft. The notes like music, penetrating right through skin and bone, deeper still, through his heart to pierce his black, black, very tattered, very scarred soul. He could almost feel the way her amazing voice managed to weave together pieces of that broken travesty. He was at his most vulnerable, unable to see properly—and at his most lethal. An unknown male was touching his lifemate. There were enemies close, humans—but enemies nevertheless.

“We’ve benefited from your guidance so many times, Lasia. I can’t imagine what we would do without you,” the other male said as he slung his arm around Adolf’s shoulders.

The need to kill receded slowly as Sandu recognized that the two males were obviously a couple. He breathed away the monstrous response that had arisen so strong in him followed by so many other unfamiliar emotions he hadn’t ever had to cope with. Jealousy? Was that a true emotion an honorable Carpathian would feel? It was a little humiliating to think that he would experience such a thing. He stood still, breathing, letting the air move through his lungs, waiting for the terrible crash of unwanted feelings to cycle through and leave him so he could think rationally.

Sandu allowed himself the luxury of drinking her in while the two men took their leave and moved down the steps and away. He immediately cut off anyone else from entering her shop simply by standing on the lowest step. There would be no way to get around his large body. He heard her swift intake of breath, and then her eyes met his.

“Adalasia.” He said her name with deliberate gentleness. “Sandu Berdardi.” He gave her the courtesy of his name.

Her gaze swept the width of his shoulders, his tall, intimidating form, his dark eyes and hard demeanor. Because he was a man who noted every detail, he caught the slight tremor to her voice.

“Adalasia Ravasio. How did you find me?”

He ignored the question and gained a step. That put him nearly to her. One more stair and he’d be on the same one with her. She didn’t give way.

“You can’t be here. You have to go.” She whispered the warning, ducking her head as if she feared someone might overhear or be able to read her lips.

He gestured toward her sign, the one that said she did readings. “I’ve come for your guidance.” He took another step, forcing her to back up to the shallow porch.

“I read your cards. There was danger all around you. You have to go while you can, Sandu. You might think this is all silly and a game because I read cards, but I’m not wrong. You have to leave.”

He stepped up onto the porch beside her. She wore a dark, long, olive-colored skirt that fell around her ankles in soft ruffles. Her camisole was very modern, much more so than he would have approved, but now that he was close to her, he could see the way the lighter olive-colored material showcased the swell of her breasts. The laces going up the valley between her breasts drew attention, making him want to explore those curves.

He put his hand very gently on her flat belly and exerted pressure to back her through the open door. “Are you concerned about the three men and the woman watching you from across the way?” He reached behind him and closed the door firmly.

Adalasia gave a little sigh and moved around him to open the door and turn the sign around that proclaimed she was giving another reading. “You’re a stubborn man.”

“It’s best that you realize I have no intention of leaving you behind. If I leave this place, you will be traveling with me.”

From DARK TAROT published by arrangement with Berkley, an imprint of Penguin Random House LLC. Copyright © 2021 by Christine Feehan. 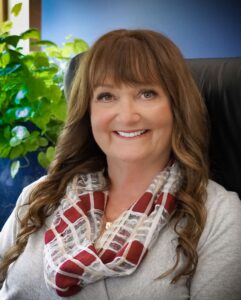 Christine Feehan is the #1 New York Times bestselling author of many novels, including the Carpathian series, the GhostWalker series, the Leopard series, the Torpedo Ink series, and the Shadow Rider series. Learn more online at christinefeehan.com.