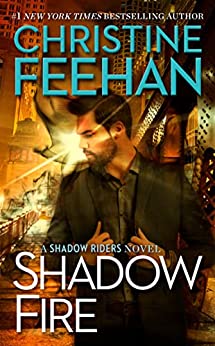 Journey deeper into the world of Chicago’s most dangerous, alluring crime family in this incendiary installment of the Shadow Riders series from #1 New York Times bestselling author Christine Feehan.

Shadow Rider Elie Archambault has been called many things: domineering, brash, loyal, but most of all fast. And there’s nothing faster than choosing to marry a woman you’ve never met. All he has is a signed contract and a list of his new bride’s expectations for their arranged marriage. He’s not expecting love or some happy ever after, just a partner that knows exactly what she signed up for. He’ll be faithful because he’s a man of honor, but she’ll never have his heart….

Elie knows who he is. A privileged member of the Archambault family. A skilled rider and fighter. A man who’s always had things easy for all the wrong reasons. He’s made his mistakes and lost his chance at real, true passion with his other half thanks to his own careless arrogance. Now he just wants to do his duty as a Shadow Rider and leave the past behind.

But Elie has no idea that his choice is about to spark a blaze that will burn all his carefully laid plans to the ground….

“You sure you want to go through with this marriage of yours?” Dario asked Elie. “You haven’t even seen this woman.”

“Yes.” Elie’s reply was clipped, indicating he didn’t want to continue the discussion.

Dario sighed. “Since I can’t talk you out of it, at least come to the club tonight. It’s your last night of freedom before you’re stuck with some woman who might have a fucking headache every night.”

“Dario.” Emmanuelle sat up straight, glaring at him in protest.

“Some men have certain needs, Emme,” Dario said, shrugging. “I’m not going to pretend I don’t, and I won’t apologize for who I am. Arranged marriages for business or otherwise rarely work for someone like me because the woman isn’t going to like who they get. I’m just being honest.”

“You’re suggesting that Elie go out to a kink club the night before he marries. Is that very honorable?” Emmanuelle demanded.

Emmanuelle was the tie that bound the two men together. Elie regarded her as a sister. He had grown up an only child, moving from one household to another in his native France. Elie and Emme had clicked some years earlier and everyone expected them to marry when he’d come to the United States. Emmanuelle’s heart was already taken by Valentino Saldi, Dario’s cousin. Elie loved Emme but there had only ever been a sibling relationship between them.

Dario had come to love her through his relationship with Valentino. Who couldn’t love Emmanuelle? Dario wasn’t an easy man to be around. He had served as Valentino’s bodyguard for years. He rarely talked to anyone outside the circle of people he accepted as family. Elie felt lucky to be included. The Ferraros had a way of taking over those they chose to bring into their inner circle and Dario, like Elie, had found his way in when Emmanuelle had married Val.

Elie held up his left hand, where a ring circled his finger. “Technically, I’m already married. The lawyers took care of the paperwork and we were married by proxie yesterday. I signed here. She signed in France. So, no kink club, but thank you for the offer, Dario. It was considerate. I don’t cheat on my wife.”

Elie shrugged. “I have no idea. The lawyers took care of it. I didn’t even look at the papers. I signed on the dotted line and walked away. I presume she did the same. She’ll be here tomorrow and we’ll have a very brief private ceremony just for the sake of photos and formality, but the paperwork is already done.”

Emmanuelle brushed her hand down his arm. “Congratulations, Elie. I hope she makes you very happy. I know you believe you can make this work.”

Dario’s dark brows drew together. “Won’t understand you in a million years, Elie. This complete stranger comes into your life. You don’t know a thing about her and you expect your marriage to work. Emme is one in a million. Maybe one in a billion. Odds could be even higher than that. Val is so fuckin’ lucky, he doesn’t even know how lucky he is.”

He stated his opinion without looking at Emmanuelle and he spoke in a flat, matter-of-fact tone. “I’m aware a man like me is never going to find a woman who can put up with my . . . proclivities.” He shrugged. “But then I don’t trust anyone enough to have more than an hour encounter with them and only on my terms, especially now that Valentino forced me to take over this idiotic role in the family. He’s only made my suspicious nature worse.”

“Your point being?” Elie said.

Elie couldn’t deny it. Maybe he wasn’t exactly like Dario. He wasn’t nearly as dark. He didn’t know too many people who were. Dario had demons. Elie liked his way and he knew how to get it. He already knew he intended for his bride to learn that lesson about him very quickly. He’d been honest in every answer he’d given to the questions asked of him when filling out the pages and pages of very explicit material needed for his arranged marriage. He had her answers and she had his. She should know that about him and what he expected of her. 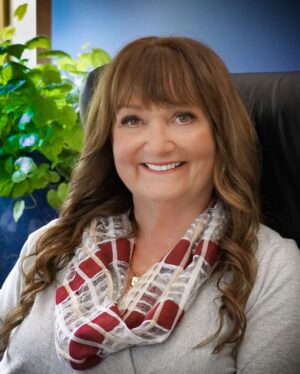 Christine Feehan is the #1 New York Times bestselling author of the Carpathian series, the GhostWalker series, the Leopard series, the Shadow series and the Torpedo Ink series.