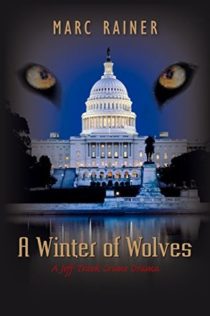 Jeff Trask is back and someone is using the current civil unrest in this country for their own gain. Very exciting and slightly disturbing thriller.

Jeff and his task force are back with another gruesome set of murders. I always enjoy a good crime drama with an ensemble cast. Marc Rainer is the pen name for former United States prosecutor, Chuck Ambrose, and his stories always disturb me a bit since I don’t know the exact line between a writer’s imagination and actual facts from his time as a prosecutor. His stories have a little more than the standard drawn from real life feel to them which disturb me deep down.

In this latest drama, someone is using the current unrest between the black community and the police for their own nefarious purposes. They are stirring up the hatred and recruiting the new extremists from the prison population and as those individuals are being released (sometimes early due to stupid political decisions), they are being used in deadly attacks against the police.

While the attackers hate the police, the men behind this are on a holy war against the United States as a whole and they want the police focusing on finding cop killers so they are free to wage a bigger war against us all.

Like all good thrillers, this story has a definite focus on real dangers inside our own borders which can be used against us and just that realization could cause a few sleepless nights.

The author did warn me that this story was more “political” than prior stories and there were moments that I felt were simply scenes set up so that the author could set up his soap box and give his own political dissertation, such as when Jeff Trask suddenly has to go before a Senate Committee and has to defend himself but this gives him a perfect opportunity to point out flaws in the current administration and how he thinks it could be done better. There are also mentions of the Hillary Clinton e-mail scandal as well as pointing out the disastrous decision to release “non-violent” criminals who are in for drug possession out early and how the bureaucrats force the information to be input into the computer system which now mistakenly releases more dangerous criminals back into the population. But if you have something to say, what better way to get your point across than to write a books and put it in your story.

While I could have done without the grandstanding, the story itself was gripping, exciting and quite a bit scary that we could be so oblivious to our own destruction and that political agendas and “budget cuts” could leave us so vulnerable.

Review: Survive the Night by Katie Ruggle
« All Romance eBooks Site is Closing Down
Review: Shy Girls Write it Better by May Sage »