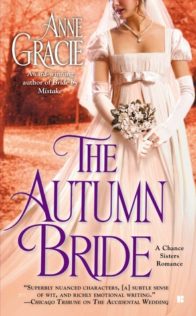 After an afternoon walking in the park, Abigail Chantry was just returning to her post as Governess for a London family when she was stopped by a frantic young woman. She told Abigail that Abigail’s sister Jane was in great danger and being held in a London brothel against her will. Although Jane is supposed to be miles off on her way to her new job as a companion, Abby follows young Daisy, who, with the help of another captive girl, rescues Jane from the brothel.

Abigail then learns the tale of how her sister was drugged and kidnapped and that Damaris was dragged off her ship in the middle the night, and if it wasn’t for the quick thinking of Damaris and Daisy’s bravery, her lovely sister Jane would even now be being defiled in a seedy brothel. Since Damaris and Daisy are orphans like Abigail and Jane, Abigail is determined that they shall stay together and although they are not all sisters by blood, they were now sisters of the heart.

Their plans to start over in Bath are thwarted by the reality of four girls trying to earn a living, pay for rent, and buy food in London. When Jane falls ill, with no money for medicine, Abigail becomes desperate enough to try and break in to the neighboring house. She has been watching and the window is always open, but there are never any lights from inside. She only needs to get in and get out and grab a small trinket to pawn for Jane’s medicine.

But when she crawls into the window she is surprised to find the room barren of objects, more importantly she is shocked to find a feisty old lady wasting away in the dark. There is no doubt that she is a lady of breeding, and it is just as obvious that she is being abused by her servants.

These five woman have come together to create a new family not of blood, but of love. All is going quite well until the one person who is well aware the Lady Beatrice does not have four generous, caring nieces arrives on the doorstep. Lord Max Davenham, Lady Beatrice’s only nephew doesn’t trust these women. He knows they can’t just be acting kindly to his aunt out of the generosity of their hearts. They must have an alternative motive, and he is determined to get to the bottom of their plot, especially their beguiling ringleader Abigail.

What an absolutely enchanting story!! Normally I would say that the romance novel should have more romance between the hero and heroine, but I was so enjoying the interaction between the girls and especially between Abigail and Lady Beatrice that the quick affection which blooms between Abby and Max (once he stops believing they have a notorious plan) just flows nicely with the story.

Lady Beatrice absolute steals this show. I love when she is finally feeling up to seeing her old friends and she gets so into inventing a story of her connection to the girls, while Max blusters that it was all nonsense. But the best is that word passes among Lady Beatrice’s friends until one gentlemen pulls Max aside to tell him quite frankly that scandals happen in families all the time, and Max is just embarrassing himself by trying to deny the relationship to the girls. Priceless!

Of course Abigail and Max go head to head quite passionately over the girls being there and what they are trying to get out of Lady Beatrice, and who was abusing Lady Beatrice, and once Max realizes that no matter what the situation truly is, that Lady Beatrice is more herself and loves the girls and they love her back, he stops fighting against them. Once he is no longer fighting Abigail, he quickly admits to his romantic interest in her.

Although it was notably light on Max and Abigail time, the captivating storyline involving the five woman more than makes up for the quick romance.

This is book 1 of the series and Abigail has three more sisters and Max has three more single business partners, I am going to guess we are going to work a match up here between those six although I can’t even guess yet who will end up with who.

I say “Bring on more Lady Beatrice! She’s a hoot!”

Received ARC from netgalley.com, courtesy of the publisher. Thank you!

“Before we met you, I mean. You’re the best thing that’s happened to us…ever.” She suddenly realized how that sounded. “I’m sorry, I didn’t mean you’re a thing, of course; I meant—“

The old lady patted her on the hand. “I know what you meant, my dear, and you gels are the best thing that’s happened to me in forever too. So, young Jane, you’d make a practical marriage, would you?”

Jane nodded. “The very best marriage I possibly can.”

Lady Beatrice turned to Abby. “So, Abby what kind of marriage would you dream of?”

Abby looked down and smoothed the fabric of the lovely old dress. “As you said before, Lady Beatrice, we don’t all get the choice—“

“What on earth…?” a deep voice interrupted. Lord Davenham stood in the open doorway, lord of all he surveyed.

The bedchamber was an explosion of color and fabric and garments, a feminine Aladdin’s cave. Even more so than usual. “What are you doing?” he asked, eyeing the pile of fabrics cautiously. Presumably there were kittens buried under it somewhere.

“Max, my dear.” His aunt’s eyes were a little red rimmed, as though she’d been weeping.

In two strides Max reached her. He took her hands in his. “Aunt Bea, what is it? What’s the matter?”

“Nothing, nothing. We’re going through all my old gowns, and oh, the memories.” She waved a crumpled wisp of lace. “A few sentimental tears, that’s all, but mostly tears of laughter.”

“I see.” He gaze roamed over the tumbled mass of clothing.

“No, you don’t, dear boy, but never mind. I’ve had the most delightful time reliving my youth. The gels have had me in stitches.” She chucked. “Stitches, gels, did you hear? I made a pun.”

All the girls except Daisy were dressed in old-fashioned clothing, the dresses sagging a little, as if they were children dressing up. But Abby was no child. She was dressed–half dressed, he saw with leap of his pulse—in an eighteen-century brocade gown with panniers. She moved slightly, defensively.

She was naked from the nape of her neck to just below the small of her back. His breath caught in his chest as his gaze traced the graceful outline of her spine.

Unaware of what the looking glass revealed, she faced him calmly, secure in the belief that the gown she held to her chest protected her modesty. Her shoulders and arms, as well as her back were completely bare. She was wearing no chemise.

If she dropped the gown…

A delicate wild-rose color flushed her just concealed breasts, and slowly spread to her cheeks. She’d noticed him staring.

With an effort he dragged his gaze off her. Off her image in the looking glass.

Abby hitched her gown higher. As he watched, she stole an arm around behind her. Had she felt a draft? She gasped again and stepped behind a screen, blocking his view of her slender, creamy back and shoulders.

From behind the screen he could hear rustling noises, and in his mind’s eye he saw the green silk dress ripple down her body and settled in a puddle at her feet. He imagined her, like a Botticelli Venus, rising naked from a green pool. He swallowed to get rid of the hard lump in his throat, and force his mind off the image, telling himself the sounds he heard were nothing but that gray woolen dress being dragged over her body. 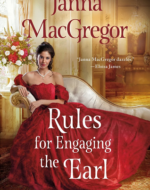 Review: Rules for Engaging the Earl by Janna MacGregor

Review: Brazen and the Beast by Sarah MacLean 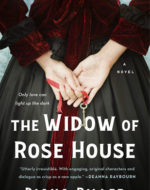 Audiobook Review: How to Train Your Highlander by Christy English
« Going Under by Lauren Dane
Big Bad Bite by Jessie Lane »