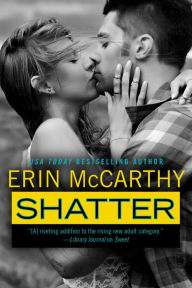 The last book of the True Believers gives us Kylie and Jonathon, college students, who will have to deal with a very grown up problem after one night of passion. You will laugh and cry with these delightful characters as they deal with the ups and down of an unplanned pregnancy and getting to know the future parent of their child.

Kylie Warner is trying to get over the betrayal of her boyfriend Nathan, who slept with her best friend Robyn during summer break. Nathan keeps trying to reconcile with her while placing the blame on everyone but himself. Her depression and heartbreak isn’t helping her focus on her classwork and she is in serious jeopardy of failing her chemistry class.

That’s why she needs to meet with grad student Jonathon Kadisch for chemistry tutoring. Even though perky Kylie isn’t her usual perky self, the pretty blonde catches Jonathon’s eye while Kylie is enjoying his geek-chic style. This leads to a few sparks and a walk home on the dark night ends in Kylie’s apartment and a night of passion starts the these two on a path they never anticipated. I anticipated being disappointed in Kylie for her lack of responsibility when condoms are easily obtained, but there is a reason why condoms are only 85% effective and Jonathon’s sperm beat the odds.

Props to Kylie’s Mom and her family who was fully supportive of Kylie’s news, and after a period of Holy Shit! Jonathon got on board as well. I enjoyed how adult Kylie and Jonathan acted once they accepted that they were bound to become parents. I also like how Jonathan took over the role of protector of Kylie since she was having a very bad first trimester.

Although neither was certain how far the other wanted to take their new forced relationship, they had a very adult conversation that they would like to try to get to know each other to see if maybe they can have more of a relationship than just a weekend pass off to Dad.

There are many stories out there where an unplanned pregnancy is hidden or a point of contention or distrust and I appreciated Erin McCarthy’s attempt to have these college students grow up quickly and deal with their new future in a very grown up way. Jonathan decided to put off obtaining a masters in favor of getting a job to take care of his child and did it without feeling unfairly put out. Both Kylie and Jonathon became excited about their future child and their future together. Even though it was not a straight road for them, I truly enjoyed the story told and the changes to these characters as they were forced to mature very quickly.

THOUGHTS:
This was a strong ending to the series and although we get a one year later epilogue, which was the wedding of Jessica and Riley, I still would have like to see to how our first couple Tyler and Rory survived the pressures of her becoming a doctor and where Tyler would be, although there was talk of Tyler going back to school.

When the buzzer went off letting me know I had a visitor at the front door, I ignored it. My first thought was that it was Nathan. But then I got the text from Jonathon as the buzzer rang again.

Downstairs. Worried about you. Can I come up?

I debated telling him to go away. But he texted again.

Brought you a smoothie. And anti-nausea medication that is safe for the baby.

Okay, I could get over the fact that I looked like ass if he could make even one one-hundredth of my symptoms go away.

I struggled to a sitting position, then weaved to the DOOR button and hit it, holding it as long as I could before I felt dizzy, to make sure he was in. Then I unlocked my door and collapsed back onto my bed. This was worse than any hangover I’d ever had.

Jonathon knocked on the door a minute later and I tried to yell “come in,” but nothing but a pathetic whimper came out. He opened the door anyway and stepped inside.

I tried to turn my head and I saw spots in front of eyes. Suddenly Jonathan was down on his knees next to the bed, brushing my hair back off my forehead. His face looked concerned, his touch cool and gentle. “That feels good,” I murmured.

“What’s going on here? How long have you been in bed?”

Just the word made my stomach lurch and I heaved, slapping my hand over my mouth. “No.”

“Are you drinking water or anything?”

“How little?” He picked up the water bottle off the nightstand and shook it. “How often are you filling this up?”

“I don’t think I have refilled it.”

“When was the last time you went to the bathroom?”

I frowned. That was a little personal. “I’m not sure. Not today. I don’t think. What time is it anyway?”

“Oh.” I closed my eyes again, fatigue overcoming me. It was like when I’d been given anesthesia for my wisdom teeth removal. You wanted your eyes to stay open, but they drifted closed anyway.

He shook me a little and I tried to swat at him but I had a hard time lifting my arm. It was like I was underwater.

A straw was shoved into my mouth. I took a sip and swallowed. It felt good in my mouth. Cold and sweet. It soothed my throat going down. But then it hit my stomach and it went horribly wrong. I jerked to move the straw and threw up a dribble of pink smoothie and foul-smelling bile right down the side of my mouth and onto the mattress where it puddled under my elbow. Sexy times. That was me.

“Alright, we’re going to the ER. This is not normal.”

“You shouldn’t be this sick. And you’re either going to be dehydrated soon or you already are.”

I watched him go into the bathroom then he reappeared with a wet cloth and wiped my mouth and face with it. Ah, that felt good. Then he rifled through my dresser until he found a big sweatshirt. Helping me into a sitting position, he pulled off my sweaty tank top and replaced it with the sweatshirt. He put my Uggs on my feet over my socks and then he lifted me up into his arms.

“Put your hands around my neck,” he told me.

I did, learning against his chest, too exhausted to protest that he didn’t need to do this. That I didn’t need the ER. “You smell good,” I murmured, his scent the only thing that hadn’t clogged my nostrils and made me want to hurl in the last week. “Clean.”

He gave a soft laugh. “Even in the midst of morning sickness the chemistry of attraction applies. Because I was thinking that you are absolutely beautiful.” 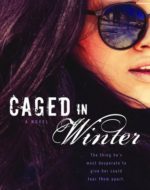 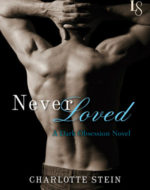 Review: Never Loved by Charlotte Stein
« Review: Son of No One by Sherrilyn Kenyon
Review: The Hook Up by Kristen Callihan »