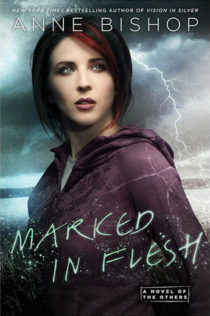 Marked in Flesh (The Others, #4) by Anne Bishop

For centuries, the Others and humans have lived side by side in uneasy peace. But when humankind oversteps its bounds, the Others will have to decide how much humanity they’re willing to tolerate—both within themselves and within their community...

Since the Others allied themselves with the cassandra sangue, the fragile yet powerful human blood prophets who were being exploited by their own kind, the delicate dynamic between humans and Others changed. Some, like Simon Wolfgard, wolf shifter and leader of the Lakeside Courtyard, and blood prophet Meg Corbyn, see the new, closer companionship as beneficial—both personally and practically.

But not everyone is convinced. A group of radical humans is seeking to usurp land through a series of violent attacks on the Others. What they don’t realize is that there are older and more dangerous forces than shifters and vampires protecting the land that belongs to the Others—and those forces are willing to do whatever is necessary to protect what is theirs…

Things are heating up as the terre indigene decide they have had enough of the Human First and Last movement. It is time for the clever meat to be reminded of their place in the food chain.

The Elders are no longer ignoring the actions of the humans. They are watching and they are unhappy with what the clever meat are doing to the terre indigene and to the lands that don’t belong to them. The Elders have decided that it is time to get rid of the human infestations. But they are also watching the Courtyard and what Simon and Meg are doing there to create a haven for both terre indigene and humans alike. They are now thinking of simply thinning the human herd and remind them who is in charge of the land known as Thaisia.

The Elders have sent word to Simon and they want Simon and the Courtyard to advise how much of the human population they still need around to make the human things that the terra indigene enjoy. Once, this might have been an easy decision for Simon to make. The terre indigene used to keep themselves separate from the humans.
They might be clever meat, but they were still meat. Now that Meg has come to be part of the Courtyard, along with her Human Pack, and working with the Police pack, Simon finds that the line between us and them has become quite blurred. There is no question that the Human First and Last movement must be taken care of but not all humans support the movement and many have proven that they wish to work with the terre indigene.

The last thing Simon wants to do is ask Meg but with so many lives at stake, he wants to ask her opinion. The Elders are looking at the Courtyard because of the changes Meg has brought to their lives. But if he asks her opinion, will she want to cut for a prophecy? Simon doesn’t want Meg cutting and risking herself, not for those who would hurt or use her if they had the chance.

Humans have been pushing for a war with the terre indigene in an attempt to take over more land but they have forgotten just how dangerous the terre indigene are and just how much the humans rely upon their good will for their very lives.  Things aren’t looking too good for the humans in Thaisia as Simon’s time to respond to the Elders ticks down.

I believe one of the most prominent moments is when things turn bad for the humans and the Elders leave a note “We learned from you.” The humans were instrumental in their own destruction when the Elders turn their actions against them and the human killings of the terre indigene come back to haunt them mutiplied ten-fold. What happens in this story has been building through the entire series and the question will be can Simon hold back the Elders from the extinction level slaughter of the humans that they originally planned and then what comes next for the Courtyard and the rest of Thaisai?

An excellent series for any urban fantasy/paranormal lover with wonderful characters and great world-building.

Bunny? Simon’s mouth watered. Not that he had a good chance of catching one in his human form. He looked around. Smelled the bunny but couldn’t see one. Then he realized Meg was staring at a brown lump in the grass a long step away from them. Could have been a rock or a bit of tree root poking out of the ground–but those things didn’t have ears.

Meg backed away, pulling him with her.

“Isn’t he cute?” she whispered, heading back toward the Green Complex.

“You won’t think he’s so cute if he eats all your broccoli,” Simon said.

“Broccoli is green, and he’s a bunny.”

Meg huffed as she picked up the pace. “Well, he’s still cute.”

And probably would be allowed to grow since he wasn’t much of a meal for anyone right now.

Simon didn’t mention that since he suspected Meg preferred to think of the bunny as cute rather than crunchy. 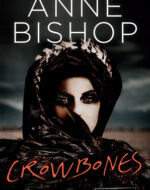 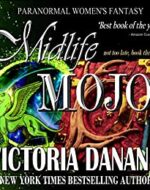