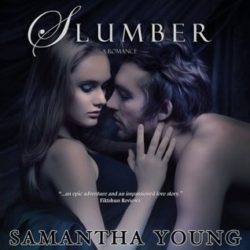 Molded by a tragic childhood, nineteen-year-old Rogan finds it extremely difficult to trust people. Now Haydyn, her best friend and the one person she does trust, is dying and only Rogan can save her.

Setting off on a journey to retrieve the plant that will cure Haydyn and subsequently the ills that will befall them all if she dies, Rogan is stuck in close quarters with a protector she distrusts above all others.

The son of the man who destroyed Rogan’s family.

At a constant battle of wills with the handsome Captain of the Guard, Rogan just knows this adventure together will be fraught with tension. She never imagined, however, that the quest would be so dangerous… not least of all when she finds herself falling for a man she could have sworn was her no.1 enemy…

One beautiful summer day, Rogan’s childhood came to an end.  The Vikomt Syracen Stovia dragged her from her home and killed her family, all because Rogan was a mage.  More particularly she was a Azyl, a seeker who could find whatever they are commanded to find.   Vikomt Stovia then forced her to find other mage in hiding knowing that he would destroy their families as well.

Syracen brought Rogan to the castle at Phaedra to live with the Princezna of Phaedra, Haydyn Dyzvati.  Even at a young age, Rogan was able to exact revenge for her family.  When she told the Princezna of Syracen’s actions, she had him arrested for his crimes and he was killed fighting the guards.

It has been several years since Rogan was a young farm girl, but she feels no different.  She particularly hates when the Captain of the Guard, Vikomt Wolfe Stovia, calls her Lady Rogan or worse, the Handmaiden of Phaedra.    But her annoyance at Wolfe, the son of the man who killed her family, is the least of her problems.  The outer provinces are feeling unrest.  There is talk of thieves and gypsies robbing travelers and the ruffians in the Mountain Region are coming off the mountain and causing problems and stealing land.  Nothing like this has ever happened in Kingdom.  The Princezna’s magic keeps the people at peace.

What Haydyn has been hiding from Rogan and everyone around her is her constant state of exhaustion until she finally collapses from The Sleeping Disease.   There is only one plant that is  known to  cure the disease, but they believed there was no more.  At least until Rogan’s magic is called upon to Seek the plant.

Now Rogan with the help of Capt. Stovia will go on a quest to find the remaining plants to save Haydyn before her magic fails and the various regions go to war.

First they need to make their way through the volatile regions to find the plant, or harder still to survive as tempers flare between Wolfe and Rogan.

There is some good and some really bad mixed into this story.  After the On Dublin Street books, I was quick to grab this audiobook by Samantha Young which was on sale. When I started listening to it, I was afraid it would be too difficult to get into with its world building and mages but I did get into it.

It was kind of a Lord of the Rings type adventure. This takes place in a Medieval time period. As the Princess’s powers being to wane and she falls sick with a sleeping sickness, Rogan goes on a quest to find the one plant that will save her.

This also included Rogan being captured each time with Capt. Wolfe Stovia (son of the man of killed her parents) who is in love with her and he freaks out every time someone hits her and of course, is going to attempt to rape her. There are a lot of threats of rape in this story.

I can accept the repetitious kidnapping scenes as the continuing examples of how the lands and the mental status of the peoples are deteriorating with the weakening of the Princess.

But in addition, Rogan is a sheltered 19 year old, who thinks she is worldly, but she does stupid things and is afraid of her feelings for Wolfe and keeps falling back on “he is the son of a murderer and it would be betrayal of my family’s memory”, even though she knows he is well liked and Capt of the Guard for a reason. I can understand holding the grudge, but after she finds out about what Wolfe’s life with like with his father, and they make out for quite awhile, the story should move on. She shouldn’t wake up the next morning talking herself right back into “he’s his father’s son” after she just found out about his own tortured youth. That just makes her annoying and as a reader, I can’t imagine what is so appealing about her that he keeps pursuing her. She is feisty and speaks her mind, but just as often, she does something stupid like sneak away from the fifty guards they took for protection and she ends up…oh wait, getting kidnapped.

It was an interesting adventure, but Rogan’s childish view of the world (yes, she is 19) gets annoying and not until the very, very end of the book that she looks at all the pieces and understands and shows signs of maturing. Wolfe at 22 was far more mature.

I grew irritated by his persistence.  “Sir—“

“With a face and figure like yours, you shouldn’t hide behind the heavy textures.  Fine silks, miss, fine silks for you.”

I tugged again.  Oh yes.  This was why I hated the marketplace.

A large hand came down on top of the sellers, ripping it from my own and holding it tight.  Both the seller and I looked up into the intimidating and angry face of Wolfe Stovia.

“You dare lay your hands on the Princezna’s Handmaiden?” Wolfe growled at the man.

The seller blanched as he looked at me, recognition finally dawning.  “Oh my Lady, I meant no disrespect.”

Wolfe grunted and shoved the man away a little.  “Lady or servant, I see you trying to forcefully coerce a woman again and you and I will have words.”

I’d never seen anyone look so ill, so green.  “Apologies, my Lord.  I was over excited.  It won’t happen again. Apologies, my Lady.”  His head bobbed up and down at me.

Oh for havens sake.  “I’m not a lady,” I snapped, furious at Wolfe for drawing attention to the situation and blowing it out of proportion.  The overbearing lout.  I glared at him.  “You, sir, are a bully.”

Wolfe merely frowned at me.  “And you, girl, are the Handmaiden of Phaedra and as such a lady.  You are not to allow strange men to touch you.”

I curled my lip disdainfully.  “I’ll allow a mountain man of Alvernia to touch me before I take advice from you, Stovia.”  Dismissing him, agitated by his presence, his ruination of my pretense at freedom, I turned back to the seller.  “I want three bolts of the lapis lazuli velvet and one bolt of the emerald silk chiffon.”  I relaxed a little at having completed my task for Haydyn, but the my body hummed with energy again and I turned without thinking toward a stall some quarter of the way back into the middle of the market.  The fabric that would suit me most was in there somewhere.  Damn Haydyn.  Damn being an Azyl.

I spun back on the seller.  “Have the fabric delivered to the palace and ask for Seamstress Rowan.  You’ll be paid well for your troubles.”

He nodded, doing this obscene half bow/curtsey thing that made me throw a growl in Wolfe’s direction.  Turning sharply from them both to make my way to the fabric stall my magic was called to, I drew a breath at the pleasant sandalwood scent of Wolfe as he fell into step beside me.

I stopped abruptly.  “What are you doing?”  I snapped.

Wolfe shrugged, refusing to look at me, refusing to leave.  “Just one of the more unpleasant jobs of being Captan of the Guard.  Protecting you.”

Pulling a face, I began walking again.  “We are droll aren’t we?”

“Some people think I’m charming.”  He grinned flirtatiously and executed a grateful half bow to a passing tavern girl, who eyed him seductively over her bare shoulder.

“Some people don’t know any better.” I huffed and tried to move away from him.

“Ooh is that judgment I hear in the voice of the lady who was flirting with a mere stable boy this morning.”

I gritted my teeth.  “Stable Master.”

Wolfe raised one annoying eyebrow.  “As if that makes it anymore palatable.  You know he’s bedding every girl in the palace, you’re not special.”

I could feel my blood boiling under my skin, as it did whenever I was forced to be in the same presence as this man.  I tried to take deep, calming breaths.  I did.  I really, really did.  It didn’t work.  “Who I choose to converse with is of no consequence to you, Captain Stovia.” 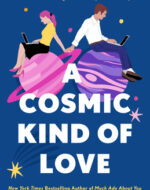