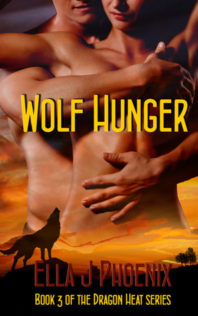 [box style=”rounded” border=”full”]This is a very enjoyable series. Since we have already been introduced to all of the important characters by this point, we could jump right into the action. [/box]

The wedding of the millennium has taken place. There are few alive who remember a time when all the supernatural species got along in harmony, and now the vampire king has taken a dragon bride, bringing hope that their world can truly return to a time of peace. This should be the beginning of something wonderful but when Zoricah suddenly becomes ill, the only thing that can help her is an herbal concoction that Yara learned as a young witch. Unfortunately, most of the ingredients can’t be bought at your local supermarket.

Yara will need to return to the jungles of the Amazon and try to get reach the herbal gardens which the Water Witches keep just outside their secret world. The Water Witches are a tribe of female warriors. As a young girl, Yara chose the love of a man over her warrior sisters. She lost everything she knew to be with a man who only wanted to use her magic.  As a banned and forsaken witch, Yara’s sisters would not be happy to find her robbing their gardens so she will need to be very careful.

Meanwhile, the forces that are working against a vampire/dragon alliance want to make sure that Zoricah doesn’t get Yara’s concoction and they have sent the wolf shifter, Rafe, to follow her and stop her. Rafe failed to killed the vampire king, more like he decided he wasn’t interested in starting a war, so now he is being pressured to “pay up” or lose everything.

Rafe starts to get too close to his target and now those same powers want Rafe to stop Yara permanently. Rafe has to quickly figure out how to get out from under their control because his wolf has finally realized that Yara is his and he will need to risk his pack and everything he has built to save the one woman perfect for him.

While Rafe plays cat and mouse, or wolf and panther, with Yara, Zoricah is getting weaker and Yara needs to get back to the vampire compound before it it too late.

THOUGHTS:
This is a very enjoyable series. We were distracted from the prior storyline of finding secret experimental laboratories in this book since we were quite busy with Zoricah’s illness and Yara returning to the Amazon as well as setting up the romance with Yara and Rafe. Truthfully, it wasn’t missed at all since there was so many other things going on to focus on and there was plenty of action and romance.

We know from the prior novels that Rafe was the one who took the dangerous Nuke bullets from the lab and that he is trying to sell them on the black market. While he is smart enough to know that Yara is going to be more than just angry that he had them and he hasn’t told her, he is still willing to risk his relationship to get the money that he needs instead of telling Yara and maybe selling them to the vamps. Stupid move wolf because we know that Yara has trust issues with men, especially growing up in an all-female society.

My one complaint which I have complained about before, it makes me crazy when the language doesn’t to match the characters. Yara goes back to the jungle and of course, has an encounter with her former friends. My issue starts when Yara is fighting her cousin, the cousin says “Bring it.” I doubt a tribe of warriors deep in the Amazon jungle are saying “Bring it.” Nor, when one returns with Yara to the U.S., should that witch jump right in making cocktails for the group. Where would she have learned cocktails? The closest dirt village is quite a hike away from the witches and I doubt the witches go there to have drinks and watch American TV to be up with the latest slang. If you want to call it “Hiad” instead of “Hell”, I’m with you on the world building. But American slang and references should not be part of their speech if they are a hidden jungle society.

The next book in the series appears to be a flashback story to Tardieh’s father, the prior vampire king, and I am guessing this will give us the real reason why the vamps and the draco originally went to war. I already have a review copy of Book 5 which is Dyam’s story. Right now my interest is going forward rather than looking back and I think I am going to cheat and come back to the flashback story afterwards.

Something wet and rough touched her shoulder. Argh! Yara’s eyes few open. She lifted her head up and came face-to-face with the beast.

It was so…so…Yara couldn’t think of words to describe it. Incredible grey-blue eyes pierced her as if it could see her inmã. Its beautiful, long white coat shaped its features like a smooth mane. Yara realized she must have been on her last straws because all she could think of was how striking that animal was. How stunning. She felt the urge to touch its soft coat, to see if it was as smooth to the touch as it looked. Suddenly, the delicious scent of caramel and scotch reached her nose. And it was her turn to take a good sniff. For a moment, she forgot she was about to become dinner, that the beast’s powerful mouth was inches from her neck. She just stared at it, studying the straight line of its jaw, its pointy ears flickering at every little noise around them, the strong muscles underneath its body. Her panther snarled softly inside, unsure what to make of that bizarre encounter. Her mouth opened in pure awe.

The wolf slowly lowered its head under Yara’s shoulder and pushed upward.

She didn’t move, frozen in shock and confusion.

The beast huffed angrily and repeated the movement, scooping Yara’s shoulder and lifting it up. What did that crazy wolf want her to do now? Was it trying to make her lay on her belly?

No freaking way she would!

As if sensing her defiance, the wolf stepped back and snarled at her. Long sharp teeth flashed against the early morning sunshine. Very long sharp teeth.

OK, so, if that crazy wolf had intend to make supper out of her, it would have done it by now. In the wild, the rules were clear — only the strongest survived. She was wounded, drained and cornered. The wolf could have finished her off in one strike, but it didn’t. That was a comforting thought, no doubt, but it was very far from convincing her to meekly comply with its weird request. She might have gotten smitten by the creature’s striking display of power, but she wasn’t born yesterday. It was still a wolf. So, she discreetly scanned the vicinity for anything sharp, anything she could use to defend herself. Her eyes landed on an abandoned arrow stuck on the ground not even two feet away.

The wolf snarled again, reminding her who’s boss. “Alright, alright, I’ll do it, but I have to go slowly, I’ve got an arrow stuck on my back, OK?” she replied feigning an easiness she didn’t feel.

She slowly shifted her weight to the side and inconspicuously inched closer to the abandoned arrow. She rolled over and took the opportunity to creep up closer still, then, finally she laid on her tummy, and winced when her injuries burned her flesh.

A heavy paw rested on her shoulder blade, locking her in place.  A drop of warm saliva brushed her skin.

It was now or never. She had to do something before that bipolar wolf decided to remember she was dinner. She took a deep breath and quickly stretched her arm as far as she could. Her fingers wrapped around the arrow.

Before she could pluck it out and dig it into the wolf’s flesh, blinding pain reverberated down her left shoulder, stealing the air from her lungs.

With one last pull, the wolf finished yanking the arrow off her back.

“Argh!” Yara cried out, unable to stop herself. Blind spots clouded her vision; she lost any feeling in her arms or neck as the pain consumed her senses. Only one thought managed to form itself in her blurry mind before she blacked out, “Fucking wolf.”