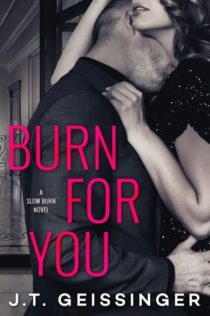 The marriage is fake. But for a sassy chef and an arrogant billionaire, the sparks are real…

Jackson “The Beast” Boudreaux is rich, gorgeous, and unbelievably rude to the staff at Chef Bianca Hardwick’s New Orleans restaurant. Bianca would sooner douse herself in hot sauce than cook for Jackson again, but when he asks her to cater his fund-raiser, Bianca can’t refuse, knowing the cash will help pay her mother’s medical bills. Then Jackson makes another outrageous request: Marry me. The unconventional offer includes an enormous sum—money Bianca desperately needs, even if it does come with a contract—and a stunning ring.

The heir to a family bourbon dynasty, Jackson knows the rumors swirling around him. The truth is even darker. Still, he needs a wife to secure his inheritance, and free-spirited, sassy Bianca would play the part beautifully. Soon, though, their simple business deal evolves into an emotional intimacy he’s built walls to avoid.

As the passion heats up between them, Bianca and Jackson struggle to define which feelings are real and which are for show. Is falling for your fake fiancé the best happy ending…or a recipe for disaster?

Sexy and sweet. I enjoyed this story just as much as I enjoyed Melt for You.
The characters are wonderful and their romance is captivating.

In this twist on Beauty and the Beast, our beast is played by Jackson Boudreaux, the black sheep of the Boudreaux Bourbon family. Jackson learns that chef, Bianca Hardwick, is featuring his family’s bourbon in her menu and comes to check out her restaurant. Fuming and demanding immediate attention, Jackson doesn’t expect the lovely Bianca to fume and snap right back at him. But even he has to admit that the food is as incredible at it’s creator.

When his cook quits at the last minute before a large charity event, Jackson insists that Bianca come in and cater the event. He probably shouldn’t have been surprised when she turns him down flat but he is surprised when his offer of $20,000 changes her mind. Bianca doesn’t seem to be the type who is swayed by Jackson’s money. What he doesn’t yet know is that Bianca’s mother was just diagnosed with cancer and with no health insurance, Bianca wasn’t sure how they would afford the chemo and surgery that her mother would need to survive.

Jackson can’t keep his thoughts away from Bianca or his eyes off her gorgeous figure. So it is no surprise that when Jackson learns that his trust has a clause that he work for the family business, which he will never do, or be married by his approaching thirty-fifth birthday, the only woman Jackson would even contemplate marrying is Bianca. But of course, she isn’t reasonable about his offer especially when she learns that they will need to be married for a minimum of five years.

But even a woman as head strong and independent as Bianca has to rethink things when she learns that her mother needs surgery and many, many more expensive treatments of chemo, and the $20,000 she received for the catering event is almost gone. Bianca needs the million dollars that Jackson offers in order to save her mother.

It is just that things are getting very complicated as Biance is beginning to make out the man beneath the fascade of the Beast and she very, very much wants to keep him.

This story is delightful as we watch sassy and smart Bianca tame the Beast. Jackson has been burned many times by his family and his former fiance. Everyone else just wants to get their hands on his money. He has become jaded by people until he meets Bianca and when he falls, he falls hard.

I am looking forward to reading Book 3, Ache for You, which comes out this Fall.

My eyes sparkled. The dress fit like a dream, and the color flattered my complexion. I was glad I’d worn strappy nude sandals instead of flats, becuase they were elegant enough to make the whole ensemble sing.

I jumped. Jackson stood in the open doorway eating me up with his eyes. He made a gesture to indicate my updo held in place with its usual clip.

“Oh. Um. Okay.” I released the clip and shook my hair out. It fell around my shoulders in a swirling cloud.

Jackson looked like he’d be stabbed in the gut.

“Are you wearing that?” I asked, ignoring my thundering heartbeat.

“Yes.” he didn’t even glance at himself, he just kept staring at me with wild caveman eyes that did all sorts of unusual things to my body.

An idea started to gnaw at my brain, but I pushed it aside to concentrate on ths situation at hand.

“Okay, I’m saying this only to be helpful, not judgy, but I think your old leather jacket and jeans might not be the most appropriate thing to wear to dinner with the parents you haven’t seen in years. Who live in a castle. And probably dine on solid-gold plates.”

When he didn’t respond, I added, “Also you clash with my outfit. Which I love, by the way. It’s beautiful. So…”

His gaze drifted slowly down my body, then back up again–one long, lingering sweep that was unabashedly lustful. I had to put a hand on the counter to steady myself.

Without moving from the doorway, he shrugged off the jacket and pulled his T-shirt over his head. Both slithered to the floor in a rustle of fabric and sat there, leaking air.

I sucked in a breath so loud it was almost a snort.

Then there were the muscles. Lord, the muscles. He had them in places I didn’t know a person could have muscles, all sculpted and stacked and bulging, a pair of them shaped like a V from his hips to his crotch, like a neon sign advertising the way to his baby maker.

And don’t get me started on his skin. Men should not be allowed to have skin that glows. Skin so golden and perfect it looks sprayed on, like something out of an artist’s airbrush.

He was big, he was beautiful, and he was giving me a look like he was about to pull my dress up and bend me over the sink, and it was all too much for my poor little ovaries, who did the sensible thing and fainted.

“So this is what you do with all your free time,” I said, my voice a kitchen mouse squeak. “Work out.”

His eyes burning blue fire, Jackson said softly, “Would you like to pick out my clothes for me? Since you’re in the mood to be helpful?”

I tried to laugh but ended up sounding like I was attempting to expel a hairball from my throat. So attractive. “I’m sure you can manage.” I turned away, not trusting myself to walk past him into the room, and started fussing over my hair like the giant coward that I was.

He moved out of view. A moment later he returned holding one of the bags the driver had placed on the side of the wardrobe. He flipped it onto the bed, unzipped it, and rummaged around for a shirt, while I stared helplessly at all those spectacular muscles of his going to work.

Seriously, was it necessary to have so many hard, bulging places on a body?

Yes! roared my ovaries. Yes, it absolutely is!

What was that great big sigh for?” Jackson looked over his shoulder, caught me ogling him, and smirked.

“Just a little gas,” I said, and smirked back.

The smug bastard. He knew exactly what was going on. I bet my ovaries were on speed dial to his brain.

Jackson chuckled. He pulled a dark-blue dress shirt from the bag, tossed it over his shoulders, and turned to face me as he slowly buttoned it up, staring at me with bedroom eyes the whole time, like a strip tease in reverse.

“Better,” I said once the last button had been done. “Now tuck.”

“You sound like a wife already,” he protested mildly, but did as I said and tucked the ends of his shirt into his jeans. Of course this necessitated an unbuttoning of his fly, which revealed he was wearing white cotton briefs whose front seams were being tested by a muscle of a different kind, which looked huge and ready for business.

I made a peep like a startled baby bird and whipped my head around so fast I nearly broke my neck. Confronted with my reflection in the mirror, there was no denying the obvious: I was turned on as all get-out. My pupils were huge, my color was high, and my bosom was heaving like a bodice-ripper cover model’s.

Dear Lord. I was sexual attracted to my fake fiancé,