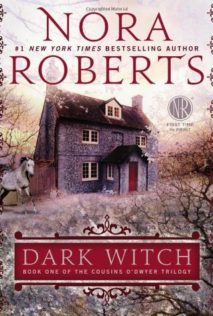 With indifferent parents, Iona Sheehan grew up craving devotion and acceptance. From her maternal grandmother, she learned where to find both: a land of lush forests, dazzling lakes, and centuries-old legends.

County Mayo, to be exact. Where her ancestors’ blood and magic have flowed through generations—and where her destiny awaits.

Iona arrives in Ireland with nothing but her Nan’s directions, an unfailingly optimistic attitude, and an innate talent with horses. Not far from the luxurious castle where she is spending a week, she finds her cousins, Branna and Connor O’Dwyer. And since family is family, they invite her into their home and their lives.

When Iona lands a job at the local stables, she meets the owner, Boyle McGrath. Cowboy, pirate, wild tribal horsemen, he’s three of her biggest fantasy weaknesses all in one big, bold package.

Iona realizes that here she can make a home for herself—and live her life as she wants, even if that means falling head over heels for Boyle. But nothing is as it seems. An ancient evil has wound its way around Iona’s family tree and must be defeated. Family and friends will fight with each other and for each other to keep the promise of hope—and love—alive.

Iona Sheehan has come to Ireland to find an acceptance and an understanding which she has never before known. As the only child of very cold parents, Iona has never known the love and closeness of family. The only time she came close is when she would spend time with her gramdmother, Nan.

It was Nan who told her the stories of her ancestor Sorcha, the Dark Witch, and how she gave her magick to her children and gave her life and her blood to destroy the sorcerer, Cabhan, who would steal her family’s magick with his dark powers. But Sorcha knew if she was not strong enough to destroy Cabhan, it would fall to her children and their descendants to combine their magick and kill Cabhan. Sorcha’s three children have animal familiars: a horse, a hawk and a dog.

When Iona arrives at the door of her cousins Branna and Connor O’Dwyer, she is surprised to find herself so welcome into their home and into their lives. They arrange for Iona to move in and find her a job at the local stable working for their good friend Boyle McGrath. Iona has always had such a way with horses that she knows what they are feeling.

But by coming to Ireland and meeting Branna and Connor, Iona has closed the circle of the three–the three descendants of Sorcha and Iona must quick learn to polish up her magick because Cabhan has been waiting for 750 years to face the three again and take their combined magick so that he may return to corporal form. The three witches, and their friends, will be facing a vicious darkness and they need to finally destroy Cabhan because their failure is just too frightening to contemplate.

My only real issue here is that the whole premise of the story is very similar to her Circle Trilogy which I had greatly enjoyed. I am also noticing a trend in her trilogies: the first book is new acquaintances, the second book is friends to lovers (always my favorite premise), and the third usually involves a couple who fight their attraction since book #1.

There is no question that Nora Roberts knows how to write a good story. Nora is to romance what Stephen King is to horror. But it is not a good thing when I am being pulled out of the story to note that “this is just like that trilogy” or “these two remind me of _______.”

If you are a fan of romance with a paranormal twist or simple a fan of Nora Roberts, you will definitely enjoy this story. There’s no question of her talent as an author. I just think Nora needs to shake up her storytelling a bit since they are starting to get a bit predictable. With a discounted price tag of about $10, a reader shouldn’t feel like they already read the story.

Then she came to the roan mare with the big, poignant eyes, the long white blaze down her nose, and knew without being told.

“You’re Darling, and that’s just what you are.”

Even before Boyle stepped up beside her, the mare turned her head, big eyes warming, body quivering. Not in fear, Iona thought, but simple delight.

She’d smelled him, sensed him, before he came into view. And it was love twined with utter devotion that had the mare stretching her neck so her head could bump his shoulder, light as a kiss.

“That’s the girl.” He all but crooned it, and Darling whickered, turned her head for his hand.

He opened the stall door, eased in. “I’ll just check the foreleg while I’m here.”

“It’s better,” Iona said. “But she remembers how much it hurt. She remembers being hungry. Being afraid. Until you.”

Saying nothing, he crouched to run his hands up the foreleg, down again as Darling nibbled playfully at his hair.

“Do you have an apple in your coat pocket? She’s pretty sure you do.”

It was…disconcerting, to have his horse’s thoughts translated to him, but he rose again, slid his hands along Darling’s flank.

Iona thought if a horse could purr, she would have.

While Aine had astonished her, so much beauty and grace, Darling tugged her heart with her simple, unabashed devotion.

They knew, she and Darling, what it was to yearn for love, or at least genuine understanding and acceptance. To wish so hard and keep for a place, for a purpose.

It seemed they’d both gotten that wish.

Then Boyle reached in his pocket for the apple, into another for his pocketknife. Iona felt Darling’s pleasure in the treat, and more, that it would be offered.

“You’re filling out well, my girl, but what’s a bit of an apple, after all?” She took it neatly, eyed the second half as she ate.

“This one’s for Winnie, if she behaves with her student.”

“You saved her.” Iona waited while he stepped out, closed the stall door. “She’ll never be anything but yours.”

Iona reached up to stroke; Darling stretched her neck again.

“She’s not skittish with you,” Boyle noted. “That’s progress. She’s still a bit nervy with strangers.”

“We understand each other.”

When Darling angled her head so her cheek pressed to Boyle’s, and when he took the half apple out of his pocket, and fed it to her, Iona knew she was done.

“I’ll get another for Winnie. You haven’t had enough of them in your life.”

“That’s done it,” Iona muttered. “I’m good at getting mad, mostly when it’s justified. At least I think so. But I suck at staying mad. I just can’t hold on to it, it’s so heavy. Then add in me standing here watching this mutual love affair, and I can’t do it. So I’m finished being mad at you, if that matters.”