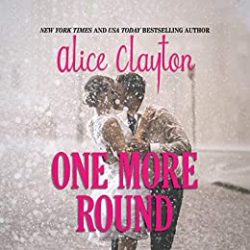 Length: 2 hrs 58 min
Reunite with Simon and Caroline from the New York Times best-selling Wallbanger in this fun and flirty novella - and hear Simon’s voice for the first time!
Simon and Caroline have it all. A gorgeous restored Victorian house in Sausalito, flourishing careers, an eternal spark for each other, and a cat with more attitude than is legal in the state of California.
So what’s plaguing the couple of the century? They’ve got everything anyone could wish for, except...a family.
After several close calls, Simon and Caroline are coming to terms with the idea that being parents might not be in the cards for them. They’ve been married several years, and they’re realizing it may just be the two of them, forever. Which is okay, right?
Caroline’s career has taken an intriguing turn, Simon is working more than ever, they’re fresh from a trip across the pond to see their besties Jillian and Benjamin - things are falling into place, without a baby rattle.
But just when you think your life is set, the universe gives you a...twist.
Come back in for one more round with Simon and Caroline.


I was so excited to see Alice Clayton writing again but this book wasn’t what I was expecting.

I follow Alice Clayton on Twitter and I watched her count down to some exciting news that she was sharing.  We eventually learned about One More Round, an audible original was being released.  For those who don’t like audiobooks, it will soon be released in eBook form.  This is a Simon and Caroline story which made her fans lose their minds to get more story about their favorite Wallbangers.

I am very sorry to say that I found the whole story sad and depressing and if you have ever had a hard time conceiving or if you have lost a baby, this book will not take you to a good place.  I was blessed and did not have any issues personally, but this book made sure I knew what it would feel like if I had.  Maybe I should say that this novella was so well written that I was overwhelmed by by Caroline’s sadness over the fact that she and Simon had lost more than one pregnancy that they were now to the point that Simon got a vasectomy so they didn’t risk going through that all again.

As we start this story, Caroline and Simon are visiting their best friends and Caroline’s business is booming and she has a spotlight on a local new show each week about home decorating.  The story they are not telling their friends is that just before Simon’s vasectomy or maybe its a failed vasectomy, Caroline is once again pregnant.   But instead of being joyous, Caroline is overwhelmed with fear of losing yet another baby.  She doesn’t want to share their news with anyone.  She doesn’t want to get excited yet again.   It is all very emotional and draining to listen to her drag out her concerns and fears.  Simon wants to share the news but she is so afraid that she won’t tell them.

Once she can no longer hide the pregnancy and Caroline, Simon and their friends are hopefully optimistic that she will take this baby full-term, and that story gets a tiny bit less dreary especially when she finds out that she is having triplets, but Caroline is still a high-risk pregnancy so we wait to see if bad things will still happen.

Here is where I start to lose it because they both agree that Simon should go off to this remote area of the world before the baby arrives because he wants to finish this series of shots that he is working on being that he is a world famous photographer.  Caroline is a high risk pregnancy!  She is almost due and Simon is sailing to some remote part of the world?  Even if she and the babies weren’t at risk, who does that?  Being nine months pregnant is hard enough, but doing it alone while he’s traveling the world somewhere where he will be out of touch when his wife could give birth at any moment?  Doing that makes Simon a selfish, stupid asshat.

Of course, that sets up Simon to be racing to Caroline’s side, just like Caroline raced to Simon’s side in Rusty Nailed.  For this chapter, the narration switches over to Simon who is not only begging the universe to let his wife and children live, and how much it was like the time he found out his parents were killed, which now makes the whole story depressing again but from Simon’s POV.  He also spends a lot of internal time reminiscing about how great his wife’s tits are and when he first saw her in that pink nightie and how he could barely look away from those tits.  Really?

I had been so excited to revisit with Simon and Caroline but this story was so overwhelmingly sad and gloomy it was hard to keep listening to it.  Kudos for Alice Clayton for being able to write a story that would work my emotions so thoroughly.  I just wish she would have given us another great laugh, maybe Simon and Caroline as parents trying to find the time and energy for more wallbanging, rather than an heartbreaking story of their desperation not to lose another baby.

One response to “Audiobook Review: One More Round by Alice Clayton”